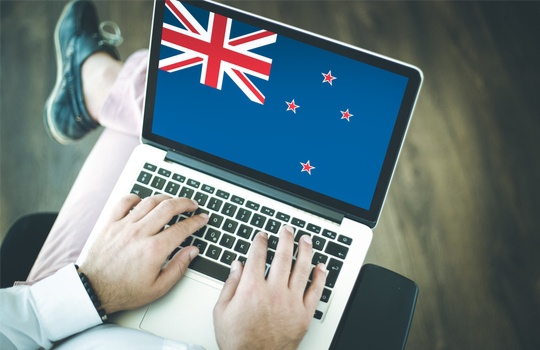 The Organisation for Economic Co-operation and Development (OECD) has urged the New Zealand Government to configure its forthcoming national digitalisation strategy to help address “severe shortages” in ICT skills and boost the country’s lacklustre innovation ecosystem and global links.

In its latest Economic Survey of New Zealand, the OECD, an intergovernmental body comprising 38 of the world’s most developed economies, has praised the New Zealand Government for its efforts to protect jobs and incomes during the pandemic, enabling, it said, “a rapid recovery from the Covid-19-induced downturn”.

New Zealand is expected to record 4.7 per cent growth through 2021, according to the OECD, topping Australia’s 3.81 per cent.

However, digital skills shortages and a “weak” innovation ecosystem could hobble the country’s post-Covid recovery and stifle improvements in living standards.

“Boosting productivity is essential to raising living standards, notably through a better use of digital technologies,” the OECD said in its media brief.

Among the challenges to the country’s productivity growth outlined by the global development body include muted product market competition, weak international linkages and home-grown innovation, and a mismatch in skills and qualifications for current jobs.

A survey by the OECD found that more 70 per cent of NZ firms are currently reporting difficulties sourcing skilled labour.

The OECD called for New Zealand’s new national digitalisation strategy (being updated for the first time since 2005, and expected to be released this year) to immediately address severe shortages of specialised ICT skills in the country, a longstanding issue that has been exacerbated by Covid-19-related border restrictions.

In December 2021, the Government announced it would release 600 border class exemptions for specialist technology workers, with the exemptions expected to be available within the first quarter of 2022. Among the priority job categories include software and application programmers, ICT managers, ICT security specialists, and multimedia specialists.

However, peak industry body, NZTech, has argued that the 600 exemptions represent a “drop in the ocean”, with thousands of roles still available and a precedent of 3,500 to 4,500 tech visas issued in the years preceding the border closures, according to the organisation’s chief executive Graeme Muller.

“[The] digital sector [of New Zealand] is smaller than in other OECD countries and has relied heavily on skilled migrants to fill jobs requiring advanced digital skills,” the OECD wrote.

“It is now facing a severe skills shortage caused by border restrictions in the short term and competition from other countries in the longer term.”

Currently, around 20 per cent of NZ professionals were actively training to upskill their digital capability, against a global average of 28 per cent.

It said: “The domestic pipeline of graduates with advanced ICT skills is narrowing, as weak mathematics and science achievement by students in primary and secondary school closes the door to tertiary studies in ICT-relevant fields.”

NZ ranks second to last among OECD countries in average mathematics scores across years four and eight, according to figures from the TIMSS, an international studies centre.

Addressing home-grown talent and digital inclusion priorities, the OECD also argued that more intensive use of digital tools in NZ are also being held back by low availability of high-speed internet connections in rural areas, while weak coordination between export promotion and innovation support is hampering export expansion by young, innovative firms.

“To help unleash the technological transformation, digital apprenticeships should be developed and particular help [should] be provided for women and for Māori in pursuing digital careers.”

The OECD also urged for the GOVTechTalent graduate program to be expanded to all public sector organisations.

Further, it pushed for greater coordination of immigration and education policies with business skills needs for innovation.

“New Zealand has considerable scope to boost productivity by fostering growth of its digital sector and stimulating digital innovation. This requires strengthening the domestic pipeline of digital skills, making sure that regulations evolve with technological change and enhancing exports by firms exploiting digital technologies.”

NZ’s exports of digitally deliverable services are far behind the OECD average, making up around 11 per cent of the country’s total exports (according to the OECD’s last measure in 2017), compared to around 32 per cent for the 38-member country average.

Despite this, small NZ firms have a considerable online presence, with around 60 per cent setting up shop online, which ranks at the top of the OECD index (and significantly above the around 22 per cent OECD average).

The OECD, however, commended the NZ Government’s efforts – as part of its Covid-19 fiscal response – to bring forward the change in R&D tax credits initially planned in 2021, allowing firms with a tax loss position or insufficient income tax to pay to use all R&D tax credits to have R&D tax credits refunded in cash.

NZ’s Minister for the Digital Economy and Communications, Dr David Clark, said he welcomed the OECD’s analysis, agreeing that the country can realise significant benefits from a continued focus on the digital economy.

“While we have good infrastructure from our investments in the ultra-fast broadband initiative and rural connectivity, the OECD highlights the need for us to build a solid pipeline of digital skills, and to encourage more businesses to use digital tools.

“The OECD also reinforces the need for a national digital strategy – something we are already progressing as the Digital Strategy for Aotearoa,” he said.