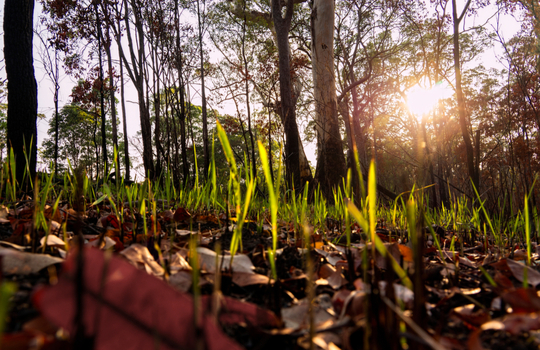 Outdated data and inaccurate predictive tools are impeding the Department of Environment, Land, Water and Planning’s (DELWP) ability to halt Victoria’s biodiversity decline, the state’s Attorney-General has revealed in a recent audit report.

The report, drawn up by the Victorian Auditor-General Office (VAGO), evaluates the DELWP’s effectiveness in protecting threatened species under the Flora and Fauna Guarantee Act 1988 and, at the state level, the Protecting Victoria’s Environment – Biodiversity 2037 (Biodiversity 2037) plan.

Critically, the VAGO flagged how gaps not only exist in the data and knowledge underpinning DELWP’s decision-support tools; incomplete information has, the report continues, also seen the Department fail to appropriately advise the Federal Government on its funding needs.

In terms of data, DELWP has identified predictive models – based on threatened species and biodiversity data (including status and trends) as well as knowledge from scientific experts – as key to supporting its core remit, particularly in choosing cost-effective protection strategies to benefit the greatest number of threatened species.

VAGO, in affirmation, said the use of data modelling was “better practice by design”, but also labelled much of the data used by DEWLP as “old” and with “critical gaps”, thus affecting the reliability of modelled outputs and the decisions they support.

According to the audit office, data issues are not new to DEWLP. Victoria’s inability to “collate information and comprehensively report” on threatened species has been acknowledged since 2008 in national State of the Environment reports.

Yet, DEWLP is not solely liable for the long-standing problem, VAGO noted.

“The 2018 [State of the Environment] report indicated that only 12 per cent of government organisations who manage biodiversity assets contributed data to DELWP’s reporting between 2013 and 2018.”

As a result, DELWP has not been able to demonstrate the effectiveness of its management initiatives to the Federal Government or the public. This is problematic, VAGO said, because in 2018 a third of all the state’s biodiversity was classified as “threatened species”.

On top of data issues, VAGO’s report also identified obstacles hindering effective monitoring and reporting of DELWP’s targeted initiatives, namely the complexity and dynamics within biological ecosystems, as well as the “slow and expensive” nature of demonstrating program effectiveness.

Since 2019, however, DEWLP has implemented various measures to improve its oversight, governance and reporting of on-the-ground Biodiversity 2037 programs, which fund more than 87 projects state-wide targeting a range of threatened species.

That same year, the Department also started collaborating with academics, industry and experts to boost “collaborative data collection, collation, analysis and biodiversity reporting” in an effort to overcome overreliance on NGOs and private landholders that often supply “fragmented” data.

While progress in these areas is ongoing, the report further highlighted DEWLP’s lack of “detailed, evidence-based advice” to the Government on resourcing, which has led to insufficient funding for the Department.

Concluding the report, nine recommendations were issued by VAGO, all of which were accepted by DELWP. The report was tabled last week in Parliament.

These recommendations covered measures to improve the monitoring and reporting of DEWLP’s key management actions, boosting data and knowledge comprehensiveness for better decision-support, and taking a more transparent approach to government advice, among other items.