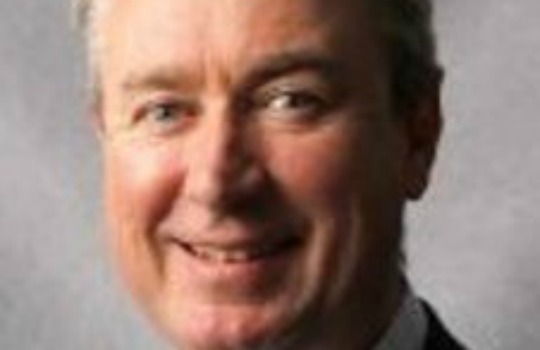 Dr Ian Oppermann, CEO of the Data Analytics Centre speaks to FST Government about this board representing top-tier executives from banking, ICT, science, government, and education.

In a show of support for NSW’s Data Analytics Centre (DAC), the government has announced a new advisory board that will provide strategic advice around big data and analytics. The centre, headed by chief executive officer, Dr Ian Oppermann, can draw on a board of influential advisers just announced by the Minister for Innovation and Regulation Victor Dominello.

This advisory board is headed by Tim Thurman, chief information officer of the Australian Securities Exchange. Thurman has worked as the ASX’s CIO for the past four years, and is joined by 9 new members. The board members include the chief executive officer of Stone and Chalk, Alex Scandurra, Westpac’s chief of innovation, Ian Hill, the chief scientist for NSW, Mary O’Kane, and the former chief executive officer of NICTA, Hugh-Durrant White.

Dr Oppermann told FST Government this board is due to meet shortly. It will advise government on priorities and key partnerships across industry, government and the research sectors. He is a speaker at the FST Government NSW conference being held Wednesday 18th May in Sydney.

As a key architect of the DAC, he took up his role last year. The centre was launched in August as a dedicated office for NSW’s activities. It acts as a central data broker across government, and operates as a single register of the state’s data sets. It also coordinates data-sharing across government.

As a small but agile start-up, the centre began with a “team of two,” Dr Oppermann recalled. This has grown to 15 staff that is helping fine-tune the information layer around big data and analytics projects. The knowledge layers, harvesting the data or custodianship rest with departments that are involved in projects with the centre.

The centre’s goal was to focus on being a lean but agile start-up. “There were no big bangs around this project,” Dr Oppermann said. “While we have larger ambitions, government’s data analytics initiatives need to be built around proof-of-concept.”

As Australia’s only dedicated centre that is supported by legislation, the DAC has ambitious plans. But the first step was to think big, and start small. The aim was to help government leverage its knowledge base, break down the silos, and nurture a cultural shift around open information access.

The goal is to move from a traditional use of data to taking a question-based angle, Dr Oppermann said. “This offers a more powerful approach to explore the ‘what’s ifs’ and build on the historical snapshots.”

The centre is mapping its collaboration in bite-sized chunks. One project has involved working on the high-profile Opalcard ticketing system. Reviewing the transport data was like finding a needle in the haystack. “We examined all the components to help build the bigger picture. This covered weather patterns, bus-stops, intermodal systems, schools, car-parks, and events.”

Apart from the basics, it can take organisations nearly two years to fully bed down their data analytics initiatives. This goes beyond a three-month window where they team with the DAC team.

Every six months, the centre needs to present the more “wicked problems” to NSW Cabinet to support policy decisions, or the allocation of resources. These incorporate forecasting the more complex problems that may surface, for example, around out-of-home care.

For out-of-home care, predictive analytics helps organisations manage cases, allocate family support, or forecast the short or long-term needs. This detail tracks children most at risk, their re-entry in or out of home care, or ways to help high-risk families.

Beyond a “horizon scan” of the data, Dr Oppermann noted that success lies in modelling, analysing, and optimising the data more efficiently. This is about building a more granular picture to support policy decisions, and allocate resources. This moves beyond the trenches and goes directly into the board-rooms.