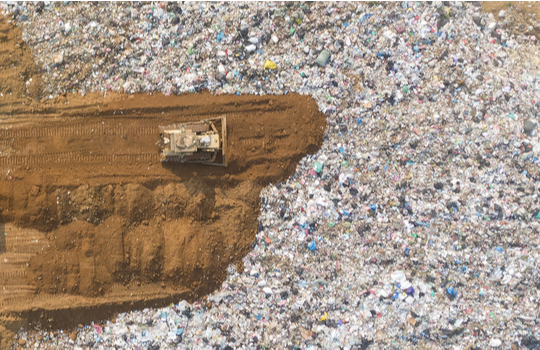 The RPAS operates in controlled airspace as a supplement to the agency’s existing manned flights, allowing the watchdog to monitor environmental changes and ensure compliance with environmental laws.

Reporting on a recent spate of illegal waste disposal incidents, the EPA’s South West regional manager, Carolyn Francis, said drone flights conducted over several landfill sites had identified exposed waste – an evident dereliction of duty by landfill operators who are obligated to blanket waste with soil at the end of the working day.

“Covering all waste material with a layer of soil at the end of the day is one of the basics of operating a landfill,” Francis said, adding that “unannounced drone flights” will now be part of EPA’s routine compliance work to ensure waste management operators were meeting their licence conditions.

Recent drone monitoring by the Authority has already resulted in fines for two landfill operators totalling “thousands of dollars”.

As a result of these fines, the Authority said both operators had improved their practices and ensured proper management of their respective landfill sites.
Eye in the sky

The EPA launched its ‘Eye in the Sky’ or Unmanned Aerial Vehicle (UAV) program in an effort to better capture video evidence of illegal waste disposal or ‘dumping’.

In an earlier statement, he noted that land with minimal visibility was an attractive destination for illegal dumping; these areas are now well within the reach of unmanned drones.

“The use of high-performance UAVs, also known as drones, and other technology such as aerial photography are important additions to our compliance and enforcement toolkit,” he said.

The Authority estimates that up to $30 million is spent each year by the state to manage illegal waste disposal.

Strikeforce on the move

The Authority’s UAV (unmanned aerial vehicle) Program builds on the work of its Illegal Dumping Strikeforce initiative – launched in 2015 to help track the illegal dumping of industrial waste such as concrete, timber, bricks, and asbestos on public and private land.

The Victorian Government committed $6.3 million over three years (2015–18) to support the program, giving the EPA much-needed resources to reduce the environmental damage and prosecute illegal dumpers.

The Authority estimates that more than 350,000 tonnes of construction and demolition waste is illegally dumped across Victoria each year, posing risks to the environment, health, and the economy.

In 2018 alone, the EPA issued 98 remedial notices to stop or clean up illegally dumped waste across the state, with the most issued in Victoria’s north-west, followed by the Melbourne metro and northeast regions.

Illegal dumping is classified as a criminal offence and carries fines ranging from $7,500 to almost $800,000.
Certification for drones

The EPA earlier gained Civil Aviation Safety Authority (CASA) certification to operate its unmanned vehicles program, with the stipulation that UAVs must be kept 15 metres away from people.

The vehicles are operated within line of sight and cannot be flown over populated areas, the EPA said, making them suitable for use in more remote or isolated locations.