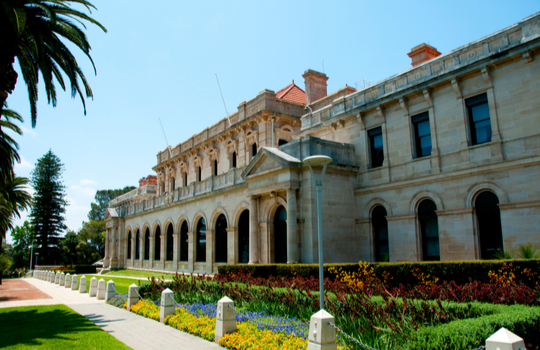 WA remains only one of two states in Australia, alongside South Australia, that lacks comprehensive privacy protection and information sharing laws. NSW, for instance, enacted its Government Information (Public Access) Act 2009 a decade ago, creating the all-important Office of the Information Commissioner (OIC) in the process (succeeded a year later by the Information and Privacy Commission NSW).

The absence of privacy legislation has arguably hamstrung WA’s knowledge-gathering capacities, with lawmakers acknowledging the reluctance of fellow states to share valuable datasets with WA policy researchers in key areas such as health, education, planning and research.

Innovation and ICT Minister Dave Kelly hinted at the potential lost opportunities for the WA Government in delivering “more effective, efficient, and seamless services for the Western Australian community”.

“Better use of data has the power to improve everything we do, whether it is something as simple as renewing a licence, as complex as improving research into children’s health, or as important as reducing cases of family domestic violence,” Kelly said.

The absence of an overarching information-sharing framework and a lack of integration between departments has also created logistical challenges for the public, requiring individuals to contact multiple public agencies when updating or amending their records, such as changes of address or marital status.

Currently, the Government acknowledged, a person who believes their information has been incorrectly handled or shared also has no clear pathway for complaint and resolution.

Attorney General John Quigley said the proposed legislation will likely lead to the creation of two new roles to manage and support the transmission of government-held data: a Privacy Commissioner, with enforceable powers to resolve complaints; and a Chief Data Officer, to establish information-sharing standards.

“We want to make better use of the information held by public agencies for the benefit of the community. But we understand we can’t contemplate the expansion of information sharing without making sure we get privacy protections right,” Quigley said.

“Western Australians rightly expect their privacy to be respected and their information to be used responsibly,” he added.

The proposal for a whole-of-government framework will seek to meet the twin priorities of protecting Western Australians’ privacy and enabling information to be safely used for their benefit.

“[For] us to make use of the data the State Government holds, we need to ensure this information is safe and people’s privacy is protected,” Kelly said.

“We are acting on the calls of the Western Australian community for greater accountability and transparency around the way data is collected, used, stored and shared.”

The consultation period will run until the end of October, with written submissions due by Friday, November 1, 2019. Visit https://www.wa.gov.au/privacyproject

The deal will also include custom application support and maintenance for more than 100 applications, as well as infrastructure backend support for Main Roads’ service desk, desktop, server, storage and network, security devices, and traffic control system.

“The new contract we have now established with ASG represents an innovative approach within WA Government and we look forward repeating our success in working with ASG on this much broader front,” said Main Roads’ Chief Information Officer Carmelo Naso.

ASG’s last major contract with the WA Government included a $40 million deal in 2015 with electricity and energy provider Western Power.