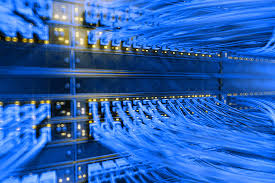 The new system will be built over the next four years and operational across the Public Transport Authority’s (PTA) 180km electrified rail network, including the yet-to-be completed Forrestfield Airport Link in Perth. The line supports transport telecommunications for WA Rail.

The joint venture with contractor UGL will see more than 50 local staff employed during the 40-month design and build period.

Huawei’s alleged ties to the PRC government have sparked fears from intelligence agencies and local politicians that the new network may become compromised.

The federal government had previously excluded the company from the National Broadband Network (NBN) tender process on the advice of ASIO.

Several MPs have also called for the company to be banned from the 5G network over intelligence sharing security concerns.

Huawei Australia chairman John Lord, however, is adamant the radio infrastructure replacement project would offer a secure communications network for the state and reinforce the company’s reputation as a “global cellular wireless leader”.

“We have been providing similar communications technology services to Sydney Trains and Ambulance NSW safely and securely for nearly a decade,” Lord said. “We are modernising the Australian transportation sector through digital technologies developed for the global market.”