Why a little humanity goes a long way in your cyber defence – Paul Cazaz, GM, Core Banking & Data, ME Bank 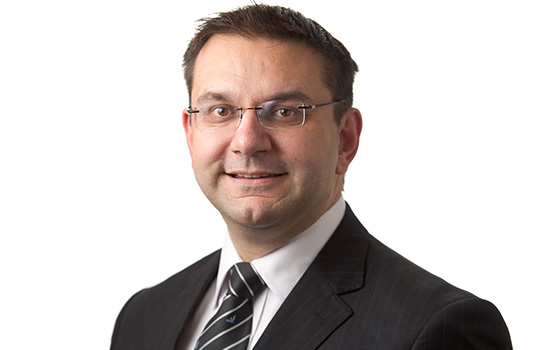 Venerable technology leader and banking industry veteran Paul Cazaz reveals why human-centred leadership is as much about your employees as it is your customers, and how a simple, everyday question can prove a make or break for staff morale.

Leadership is the largest asset for any industry or organisation. No matter how brilliant your team members or technology, without human-centred leadership, achieving greatness can be a huge challenge.

In my 25 years of experience in the technology industry, I’ve had my fair share of experience with different leaders, and as my career has progressed, I’ve had the privilege of holding many leadership roles myself. The one constant that can be gleaned from the teams, or organisations, who were successful was that they all had leaders who capitalised on humanity – leaders who cared for their people, made an effort to connect and understand their people, and created an environment where people could bring their whole selves to work.

The best way to illustrate the importance of human-centred leadership is to share a story from a substantive leadership position I had at a big bank.

I was the technology lead, tasked with building a team from scratch as the previous team had been taken over by an international bank in a domestic markets acquisition. From a team of one (me!), I brought eight team members on board to form a cross-functional team who were responsible for support and projects that involved all applications and hardware across the business.

Very quickly the team became tight. We socialised together, unwinding with drinks, and we celebrated wins together, including growing a margin lending business from $300 million in FUM to over $1.1 billion while widening the jaws of profitability through automation.

When it came to engagement scores, engagement was high, and I thought I knew my team well enough to guarantee a perfect score. However, there was one member of the team who consistently rated my leadership performance down for a period of two years. I interviewed the team individually to try to get to the bottom of it, but nothing came of it and, at the time, regrettably, that just made me frustrated.

Five years on, I was in a new role but remained in contact with my former team. Out of the blue one of my old team members called me and began apologising profusely. Initially, I was confused; but very quickly I could tell this individual had something he wanted to share with me for a long time, and it had taken time and courage to finally make the call – so I intently listened.

He explained that he was the one pulling the engagement score down as he always felt like he was letting the team down, and the pace set led him to work most weekends. My initial reaction was shock, as I had no idea he was working weekends, and I would never ask or expect that level of discretionary effort from anyone. But what dawned on me quickly was the simple fact that I didn’t know this was happening, and that was pointed out by him telling me that I didn’t ever ask him “What did you get up to on the weekend?”. Failing to ask my team members that fundamental question resulted in me failing to really understand what my team members were going through.

This feedback was a gift. It highlighted just how much influence daily interactions with my team had on their life, and how prioritising human interactions, including the basics of understanding your people, can have a powerful effect on the success of individuals and the wider team.

I’ve carried these learnings on throughout my career and to my current role as General Manager Core Banking and Data at industry super fund-owned bank, ME. All my team members know this story, as we have a weekly ritual where we check in with each other every week. It’s a time where we share stories and learn from each other – no business talk – just good old human interaction.

At ME, we come to work with the common purpose of helping all Australians get ahead, and it’s so important to me that this extends to our staff as well as customers.

If I were to share some key learnings and practical applications of this, they’d boil down to the following five focus areas and four essential activities.

In my experience, leaders should be always working towards achieving:

Some human-centred activities include:

I promise, if you implement these simple things, the return will surpass your expectations.

Cybersecurity effectiveness is centred on creating a culture within an organisation that has these leadership foundations to build upon and develop a safe and secure environment.

The biggest vulnerability organisations face today is insider threats (whilst not focusing on the malicious). These include things like responding to phishing campaigns or accepting ‘free’ USB’ sticks for charging devices or storage which can contain trojan-type programs.

I look forward to participating in the FST cybersecurity panel with colleagues from across different companies and industry segments.

Paul Cazaz, General Manager for Core Banking and Data at ME Bank, will be a featured panellist at the FST’s Future of Security, Melbourne on 24 March, 2020. Only a few spots remain! Secure your place now.