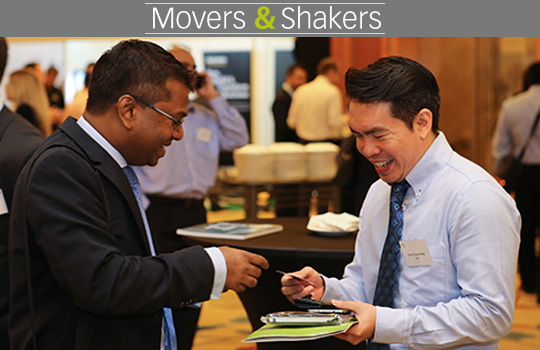 May marks a number of high-profile appointments across financial services in Australia and New Zealand, with noteworthy additions to Westpac Banking Group, Zurich Financial Services Australia and AIA.

Donna-Maree Vinci has been appointed as Group Executive, Enterprise Solutions, following a decision to combine Bank of Queensland’s IT, Operations and Project Office teams. She will report directly to Chief Executive Officer Jon Sutton and commences her new role on July 27.

Craig Dunn, formerly AMP’s Chief Executive, has been appointed as an independent director on the Westpac Banking Corporation’s board, starting next month. Currently, Dunn is also the chair of new, fintech hub, Stone and Chalk.

Mike Chisholm has been announced as the new Head of Crestone Wealth Management following a management buyout of UBS’ wealth management business.

Ian Webber has been appointed to the position of Senior Vice President, Head of Asia Pacific for funds management firm Ariel Investments. The move comes on the back of the firm announcing its first offshore office to be established in Sydney later this year.

Brian Parker has been appointed to the newly created role of Chief Economist at Sunsuper. Parker moves from his role as Head of Portfolio Specialists Group with NAB Asset Management after a 10-year career with the organisation.

James Gibson has been ushered in as Head of Country for BNP Paribas Australia and New Zealand and Chief Executive of its Sydney branch.

David Wilson has been appointed to the new role of Head of Research for the Australian Equities and Growth team at Colonial First State Global Asset Management. Wilson joined CFSGAM from UBS and commenced his new role last week.

May marks a number of high-profile appointments across financial services in Asia, with noteworthy additions to HSBC and Standard Chartered Bank.

Matthew Kirkby has been announced as HSBC’s Regional Head of Large Corporates for Commercial Banking in Asia Pacific. In addition, Tan Siew Meng has been unveiled as HSBC’s Regional Head of Global Trade and Receivables Finance in Asia Pacific. The newly-created role brings together management responsibility for the region, including Hong Kong and Macau.

Damien Cummings has been announced as Standard Chartered Bank’s Global Head of Digital Marketing. Based in Singapore, he will assume the role in June this year and report directly to Sanjeeb Chaudhuri, Group Head of Brand and Chief Marketing Officer.

Akram Zaman has been unveiled as the Head of the Asia Pacific Equity Capital Markets Syndicate team for Bank of Merrill Lynch, replacing Nick Lee who resigned last year.

Peter Chan has been announced as Chief Executive Officer of ANZ Philippines and will commence his new role next month. He will report to managing director for South East Asia and India, Sameer Sawhney.

Peter Heidinger has been named as the Co-Head of Corporate Banking for Bank of Tokyo-Mitsubishi UFJ (BTMU) across Asia and Oceania. Joining him is Frederic Cabay, who has been appointed as Head of Financial Institutions Coverage for Asia and Oceania.

Yann Garnier has been appointed as Deputy Head of Global Markets and Head of Sales for Asia Pacific at Société Générale.

If you would like to feature any upcoming promotions or announcements in next month’s wrap-up, please email danielp@fst.net.au