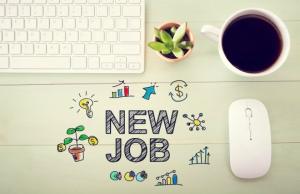 Dawie Olivier has been hired as Westpac New Zealand’s new Chief Information Officer, taking over from Jason Millett who is currently interim CIO. Olivier will work with Millett as part of the transition and is set to officially take on the reins in mid-April.

In other news for Westpac, Australia CIO Dave Curran has been promoted and will report directly to Hartzer, cementing technology as a key focus for the executive team.

David Hisco, Chief Executive Officer for New Zealand, ANZ, has taken on the responsibility of leading ANZ’s global retail business, a role that was previously looked after by former CEO Australia Philip Chronican. Based in Auckland, Hisco will maintain his current responsibilities as CEO for ANZ New Zealand.

In other news for ANZ New Zealand, Michael Bullock has been appointed Chief Operating Officer, with current COO Craig Sims set to take over as COO for ANZ’s Enterprise Services, which is in charge of ANZ’s global finance, risk and human resources operations.

In other news for AMP Capital, Michael Bessell, who is currently Global Head of Origination, will take on new responsibilities as Head of Separately Managed Accounts and Origination for Australia and New Zealand. Bessell joined AMP Capital in 2006 from an investment banking role at Rothschild.

Suzanne Branton has been named as the new General Manager of Investments at CareSuper, having previously served as a portfolio manager for Equipsuper. She identified expanding the CareSuper Investment Team to build its investment skills and resources as a key priority in the year ahead.

In other news for CareSuper, Simon Sutherland has been appointed to the newly-created role of Head of Business Intelligence, focusing on data analytics, propensity modelling and business reporting.

Renae Smith has been appointed as Chief Marketing Officer for AIA Australia. Smith has over 18 years’ experience in marketing roles and joins AIA Australia from GE Capital Australia and New Zealand where she was Head of Marketing and Portfolio Management.

Kathy Vincent has been appointed as MLC’s General Manager of Retail Wealth Platforms, a role she has been acting in since the resignation of Dean Thomas last month.

Laura Ryan has been ushered in as Vice President of client analytics at PIMCO’s Sydney office. Dr. Ryan will develop models and research related to client problems and solutions including asset allocation, risk factor budgeting, dynamic strategies, as well as product development and channel-specific issues.

Julie Hutton, a partner in Baker & McKenzie’s Private Equity group, has been appointed to the Australia Private Equity and Venture Capital Association Council for 2015. Hutton is the only female on the council and will lead head the Women in AVCAL working group.

John Tait has been announced as Executive Director of Strategic Development and Distribution at Indue. Formerly the Managing Director of First Data, Tait’s new role sees him focus on market expansion and helping Indue consolidate its business transformation as a diversified supplier of payment solutions.

Debby Blakey has been appointed as HESTA’s new Chief Executive Officer. Blakey was previously the deputy to long-serving chief executive Anne-Marie Corboy, who leaves the fund this month after 16 years in the role.

Departures
David Stevens, Founder and Chief Investment Officer for Contango Asset Management has announced he is stepping down with George Boubouras set to take his place. Stevens will remain on the Contango board but will no longer have any investment or marketing responsibilities.

Matt Williams, head of equities at Perpetual, has announced his retirement after 22 years with the company. Williams will transition responsibilities to Paul Skamvougeras, who has been promoted from his current role as Deputy Head of Equities, in a phased approach to be completed by the end of September this year.

February marks a series of high-profile appointments for Standard Chartered Bank, who announced last month that it would abandon its loss-making global equities business following a difficult five-year expansion.

Chris Bayliss has been announced as Global Head of Personal Clients Segment, Retail Clients at Standard Chartered Bank and Anders Carlstrom has been ushered in as Head of Digital Banking and Channel Convergence, with both set to be based in Singapore. Bayliss joins from the New Zealand Racing Board where he was the Chief Executive, while Carlstrom joins from Skandinaviska Enskilda Banken in Sweden where he was the Head of Digital Channels for its retail business.

Charles Sik has been announced as Hong Leong Bank’s COO for personal financial services and will join the incoming Dominic Mascrinas, who has been appointed as Chief Operating Officer for group strategic support. Mascrinas was most recently CIMB Investment Bank’s Group Head of Operations Regional Consumer and IT and Operations Head for Wholesale Bank Malaysia.

Sadia Ricke has been appointed as Societe Generale Corporate and Investment Banking’s Head of Global Finance for Asia Pacific. Ricke will be based in Hong Kong and will report to Hikaru Ogata, Chief Executive of Global Banking and Investor Solutions.

Jack Yee has been announced by Barclays as their new Head of Blocks Origination for Asia Pacific, a newly created position within the investment banking division. Based in Hong Kong, Yee is set to report to Jorge Munoz, Head of Equity Capital Markets for Asia Pacific.

Kenji Abe has been ushered in as Bank of America Merrill Lynch’s new Chief Japan Equity Strategist. Abe will join the US bank’s Tokyo office on April 2 this year and will report to Eiichi Katayama, Head of Japan Research at BAML.

Departures
RHB Capital Bhd’s Group Managing Director Kellee Kam has tendered his resignation after more than three years at the helm. The announcement comes in the face of a mooted merger with CIMB and Malaysia Building Society Bhd, which would see RHB become Malaysia’s biggest financial group by assets.

Ashok Ramamurthy, Group Managing Director of AmBank Group, has tendered his resignation with the announcement coming as part of a planned transition at the banking group. Ashok first joined AmBank group in 2007 as CFO and has been the group MD since 2012.

Hsin Yue Yong, Goldman Sachs’ Head of Investment Banking for South East Asia, will be stepping down. Yong has been with Goldman Sachs for 18 years and will stay with the firm until the end of this month.

If you would like to feature any upcoming promotions or announcements in next month’s wrap-up, please email danielp@fst.net.au