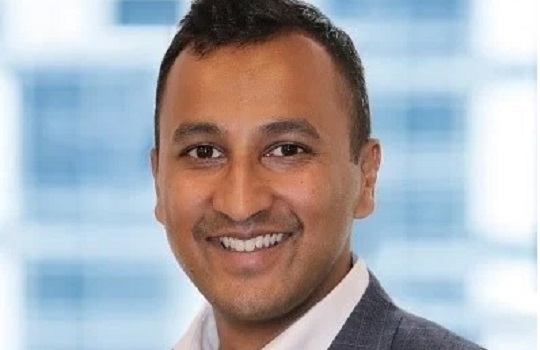 – NAB has announced two new senior appointments to its Digital, Data and Analytics team, adding a new Chief Digital Officer and a new Chief Design Officer to its ranks – and becoming the second of the big four banks to create a dedicated C-level design role.

Lance Thornswood will take on the new role of Chief Design Officer, overseeing the bank’s experience design teams, tasked with, according to the bank, “designing effortless experiences for NAB’s customers and colleagues”.

Upping sticks from the US, Thornswood most recently served as Senior Vice President and Head of Design at American banking giant U.S. Bank, a role he has held for nearly six years.

Rana joins NAB from Coles Group where for the last two years he has served as GM Customer Experience and Technology. Prior to this, he also spent over a decade at Woolworths, where he led all customer-facing technology assets.

As part of this new role, NAB said Rana would play a key role in accelerating “NAB’s ambition to deliver great digital experiences for the bank’s customers and colleagues”.

Rana is set to formally join NAB in August 2022.

Both Thornswood and Rana will report to Angela Mentis, NAB’s Chief Digital, Data and Analytics Officer.

Commenting on the bank’s latest C-level appointees, Mentis recognised the “decades of digital and design experience between” the pair.

“Sujeet’s passion for delivering digital experiences for customers sits alongside his dedication to continually mentor and grow talent within his team which will be a hugely important contribution as we foster a digital community of practice across NAB.”

“Lance holds an impressive list of achievements throughout his career, using his strong design thinking principles to re-imagine digital experiences for global retail and tech brands such as T-Mobile, Target and Apple. I’m looking forward to the design vision and leadership Lance will bring to transform digital banking for our customers.”

RAB recognised Armstrong’s more than 25 years’ experience in the financial services sector, including a 15-year stint at ING Direct (previously ING Australia), five of which were served as Head of Customer Operations.

Regional Australia Bank Chief Executive, David Heine, praised Armstrong as “a talented leader [who] brings a creative pragmatism that will complement the skills around our executive table and nurture the talent we have within our technology team”.

Armstrong commences her new role on 9 May.

– Integrity Life has appointed Ashish Khurana as Head of Technology.

Before joining Saxo Bank, Khurana was Head of Strategy – Service Integration and Management Service at Westpac and Global Head of Compute and Production Management at Macquarie Group.

“Modern technology is a vital component of our value proposition for our partners and customers,” McCormack added.

As part of the new role, Khurana said Integrity plans “to use the latest, state-of-the-art technology capabilities”, making it “the most efficient and effective insurance services provider in the industry”.

NAB revealed that Fitzgibbon had been appointed to the newly created role earlier this year in an acting capacity, with the bank confirming his appointment in April.

The role, the bank said, will be “critical in delivering NAB’s ambition to be the best digital bank for colleagues and customers”, and “specific to… shared technologies supporting NAB’s customer-facing businesses”.

Fitzgibbon most recently served as NAB’s Head of Open Data Engineering between April 2021 and 2022, expanding the bank’s open data capabilities.

Prior to this, Fitzgibbon, who has served nearly his entire 18-year financial services career with NAB across a number of senior technology roles, was head of microservices and Open Banking.

– Citi Australia has appointed Hannah Oakhill as its next Head of Retail Banking and Wealth Management, with the business entering a pivotal stage in its transition to NAB, it said.

Oakhill joins from BT, where she led Distribution and Customer Experience for its direct wealth business. The financial services industry veteran has notched up 20 years in the sector, including roles at Westpac and Macquarie.

Richard Wilde who served as Acting Head of Citi’s Retail Bank and Wealth Management function during the vacancy, will return to his role as Head of Digital, Delivery and Client Experience.

Commenting on Oakhill’s appointment, Citi Australia’s Consumer Bank Chief Executive Alan Machet said he was “thrilled to welcome Hannah to our business, where she will lead our retail bank and wealth functions as we enter a crucial stage in our transition to NAB”.

“I worked with Hannah during my time at Macquarie and Westpac and know her to be a people-first leader who focuses on delivery and strives for business outperformance.”

“Hannah’s appointment signals the commitment both Citi and NAB have to our successful transition and continued business growth, and Hannah will play a key role in our success as we navigate our new business operating environment.”

Redfern, joining AIA New Zealand in 2016, previously served as General Counsel and Executive Director of the insurer’s NZ arm. AIA acknowledged her “instrumental role in the acquisition and integration of the Sovereign life insurance business, [leading] the Regulatory Change Programme in New Zealand in response to the Australian Royal Commission”.

Kristy has also served as a Director on the Financial Services Council (FSC) Board in New Zealand for the past five years, and played a key role in launching the inaugural FSC Diversity and Inclusion Committee, which she co-Chairs.

AIA Australia Chief Executive and Managing Director Damien Mu said: “I’m overjoyed to announce the appointment of Kristy as AIA Australia’s new General Counsel. Her passion and drive to make a difference will be invaluable as we continue our mission to make Australia the healthiest and best protected nation in the world.”

Redfern commences her role on 30 May.

– Payments fintech Paypa Plane has appointed Vanessa Chapman as Chair, with CommBank EGM of Payments Ethan Teas and Tyro Chief Executive Robbie Cooke joining as Directors ahead of an expansion of the business into the US.

The new directors join the company’s Founders and Chief Executive Simone Joyce and CRO Jonathan Grant on the board.

Chapman formerly served as General Counsel of NPP Australia Limited, the operator of the New Payments Platform. She played a key role in developing the rules, constitution and participant engagement frameworks for both the platform and its PayTo service.

“Paypa Plane is well positioned to accelerate the delivery of PayTo in Australia and co-create a payments ecosystem where both payers and businesses are participating equally,” Chapman said.

“I welcome the opportunity to guide at a board level their Australian and global expansion as payments rapidly evolve over the coming years.”

Joyce added: “The payments ecosystem is at a critical moment not just in Australia, but also in the US, as we evolve toward real-time payments and we welcome our new chair and directors whose expertise will provide a stable support base for our operations team as we continue our rapid growth.”

Scott was nominated to the board of CareSuper by Unions NSW four years ago and was appointed Deputy Chair in 2020. Scott is a Councillor for the City of Sydney and a former deputy Lord Mayor.

“Linda brings in-depth knowledge of culture, governance, risk, and advocacy, along with a passion for taking action on climate change,” CareSuper said in a release.

Scott replaces Terry Wetherall as CareSuper Chair, with the super fund praising its outgoing Chair for his “continued strategic focus… during the Covid-19 pandemic, [overseeing] a period when CareSuper produced the highest return for the balanced option with 17.49 per cent for the 2020/21 financial year, which was the 12th consecutive year of positive returns for the Fund”.

“Terry strengthened the protection of current and future CareSuper member accounts following the introduction of Trustee Indemnity reforms from January 2022.

Jeremy Johnson, who has been a CareSuper Director since 2018, will step in as Deputy Chair.

– ANZ Bank New Zealand has announced the resignation of Maile Carnegie from the ANZ NZ Board, effective 11 April 2022.

– Police Bank has announced the vacancy of a Director position on its board, with Steven Coulson set to retire in November 2022 having served the maximum tenure of nine years. Police Bank board Chair, Lucinda Nolan, will also be nominating for re-election for an additional three-year term.

For its single vacancy, the board said it will opt to appoint a Director with experience in retail banking and financial services.

Nominations and candidate declarations must be lodged by 30 June.

– Newcastle Permanent has announced that Margie Haseltine will step down as Director after four years on its board.

Jeff Eather, Chair of Newcastle Permanent, acknowledged Haseltine’s “tremendous contribution to our organisation, which has benefited from her extensive experience in change management and strategic planning throughout her tenure as Director.”

“While we are saddened to see Margie step down from our board, we congratulate her on being appointed Chair, including a period as Executive Chair, of a high profile public company, the Board of which she has sat on for a number of years.

– BNZ has announced the retirement of Mai Chen as Director after seven years on the bank’s board.

BNZ Chair Doug McKay praised Chen as a “committed director of the BNZ board, presiding over a significant period of change and growth for the bank”.

– SocietyOne has appointed Melanie Cochrane and Jamie McPhee to its board as Independent Non-Executive Directors.

The digital finance platform provider said its latest appointees “bring significant additional financial services experience to SocietyOne, strengthening its strategy, governance and risk capabilities as it embarks on the next stage of its development and growth”.

Cochrane is a former Senior Vice President at American Express, where she led the Merchant Services business for the Asia Pacific region and, prior to that, Corporate Payments.

“I am thrilled to be joining the Board. I believe this is an exciting time for SocietyOne in its growth journey, and with the key ingredients of a market-leading customer experience and digital know-how, I see a very bright future,” Cochrane said.

McPhee said: “SocietyOne is at an extraordinary time in its journey. I am pleased to be joining the Board and having the opportunity to contribute to the next phase of the company’s growth and development.”

SocietyOne chief executive Mark Jones said: “Jamie and Melanie bring significant and relevant corporate experience to SocietyOne and equip us with capabilities that will help us sharpen our strategic focus and accelerate the momentum the business is enjoying.

– The Australian Institute of Superannuation Trustees, the superannuation industry’s peak representative body, has appointed former Federal Treasurer and Chair of Cbus super Wayne Swan to its board.

Swan is joined by AustralianSuper Executive Sarah Adams as Director on the AIST board.

AIST President Catherine Bolger welcomed the pair to the board.

“It’s a privilege to welcome two more high calibre directors to our board as we continue to navigate the organisation through the challenges of a world impacted by the pandemic while continuing to set it up for success in the future,” she said.

“I can personally attest to how important the support, guidance, and contribution of my fellow directors have been, particularly over the last two years due to Covid-19.”