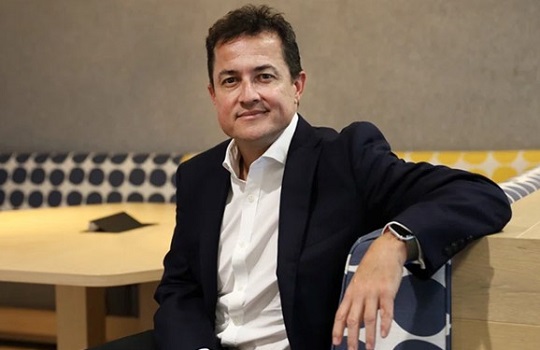 Westpac appoints new Chief to lead its Banking as a Service arm; Medibank finds new CISO after a more than five-month vacancy; and Colonial appoints new head of digital.

The appointment follows the departure of Cameron Meindl at the end of 2021, who, as Chief Platform Officer, oversaw the rollout and running of Westpac’s BaaS program – a role he held for two and a half years across his 13-year tenure at the big four bank.

MacRae himself has a long association with Westpac, having previously served 12 years across a number of senior roles within the bank’s mortgage, retail and SME and premium banking divisions. In 2015, he left to join InvoCare.

He re-joined Westpac in June 2021 as Managing Director of the Pacific & Specialist Finance division – a role he will continue to hold as BaaS chief.

“Banking is increasingly becoming embedded in platforms and apps of non-bank businesses,” MacRae said. “Those non-bank businesses recognise that banking is an incredibly capital and regulatory intensive business, which is something they don’t wish to explore – but it’s core to Westpac and that’s what we’re leveraging through BaaS.”

Westpac specialist business chief Jason Yetton said the BaaS is underpinned by the “most modern banking architecture in Australia”, with the ability to reduce both technology and customer acquisition costs.

Buy now, pay later giant Afterpay is among the earliest users of the service, with its recently launched spending and savings app, Money, backed by the Westpac BaaS.

Westpac said it expects other partners to bring their BaaS-backed products to market within months, including from digital lender SocietyOne.

The appointment of MacRae follows a number of recent senior additions to Westpac’s BaaS division, including Nicole Druce as Head of Technology in December 2021 and Chris Baker as Head of Product in November 2021.

– Medibank has appointed Alex Loizou as its next Chief Information Security Officer.

Loizou replaces Stuart Harrison, who served as Medibank’s CISO for just over four years before departing for NBN Co in October 2021. Harrison is currently NBN’s General Manager for Cyber Defence.

As CISO, Loizou will oversee the insurer’s security strategy and operations, as well as general security uplift.

He most recently served two years as Head of Security at customer loyalty service Flybuys, and prior to this across a number of senior security roles at Bupa, most notably as Deputy CISO, Head of Information Protection and Security, as well as roles ANZ and ME Bank.

In her new role, Leung will be tasked with overseeing Zurich’s claims process and transformation journey, including the migration of the OnePath retails claims onto the SaaS ClaimVantage solution.

Notching up more than a decade with Zurich, Leung was most recently Chief Operations Officer of the insurer’s general insurance business, appointed to the role in early 2021.

Prior to this, she served as Head of Operational Services and Delegated Claims for two years.

Hilary Bates, Chief Operating Officer at Zurich Life & Investments acknowledging her decade with the insurer, praised Leung as an “experienced executive”, bringing “a continued focus on empowering her team to deliver exceptional experiences to our customers, and a deep understanding of the Zurich business”.

Leung will continue in her current position as Chief Operating Officer, General Insurance until mid-March.

Gheller replaces Neal Devine as CFS’s General Manager of Digital, with Devine serving more than three years in the role.

Gheller joins CFS from Telstra where she held a number of senior leadership roles across digital operations, customer management, and advocacy and marketing across her nine-year tenure, most recently as Principal – Customer Management & Loyalty.

CFS Chief Operating Officer Darren McKenzie said Gheller would be tasked with driving “the execution of [Colonial’s] digital ambition and transform the business through end-to-end digitisation, which will be pivotal to providing a strong platform to deliver a market-leading digital superannuation and investments service to our customers”.

Sahani replaces Kim Petersen, who has moved to Vanguard’s US base to serve as Head of International Systems following a three-year stint as Asia Pacific CIO.

Based in Vanguard Australia’s head office in Melbourne, Sahani will oversee a 200-strong IT division.

He joins Vanguard from Sensis (rebranded as Thryv Australia in October last year) where he served more than five years, notching up three years as CIO and prior to this as Head of Core Systems for more than two years.

The company said it is continuing to transform its direct-to-investor business while bringing its new superannuation fund to market.

“Both Kylie and Jo are very well respected leaders who will bring a depth of strategic thinking, creativity, and a proven track record of delivery to our team”, said Marketing and Corporate Affairs Group Executive, Monique Macleod.

“Their values and enthusiasm for leading and developing talent will play a significant role in helping us deliver our ambitious agenda for the future.”

– AustralianSuper has appointed Pip Leonard as Head of People and Culture, International.

Leonard joins AustralianSuper from US banking giant Wells Fargo where she served seven years as Director for Talent and Performance Management.

The appointment comes as AustralianSuper looks to expand its global footprint as part of its overall growth strategy. The super fund, Australia’s largest, said it will look to invest $43 billion in the UK and European markets over the next five years.

– The Reserve Bank of Australia has appointed Dr Michael Plumb as Head of Banking.

“Among the many critical functions it performs, this Department processed all the JobKeeper and Covid-19 disaster payments during the pandemic, helping bring relief to thousands of Australians.”

Plum will assume the position on 7 March 2022, reporting to McPhee.

Evans, who first joined ANZ in 2009, is currently Head of Strategic Planning and Execution, Institutional, based in Sydney. Prior to this, he was Managing Director, Transaction Banking, Chief Compliance Officer, along with Head of Trade and Supply Chain.

The appointment of Evans follows the announcement that current SE Asia head Vishnu Shahaney will retire after a 40-year career with the bank. Shahaney is set to depart in July.

Evans will report to ANZ Managing Director, International, Simon Ireland and will relocate from Sydney to Singapore in May to take on the new role.

Reece most recently served as NAB Executive General Manager of Enterprise Controls Performance. Prior to this, she held senior risk and compliance roles at Westpac, ANZ and the Commonwealth Bank, including Group Head of Three Lines of Defence at Westpac and Head of Risk and Compliance, Superannuation, Investments, Platforms and Operations at BT Financial Group.

– Integrity Life has appointed Andrew Dowsing as Head of Retail Partnerships, as the insurer moves to revise its retail distribution model.

Dowsing most recently served as Head of Retail Distribution at MLC Life.

– ASX has announced that Managing Director and Chief Executive Dominic Stevens will retire in 2022.

Stevens, who has served nearly six years as ASX Chief Executive, will step down upon the commencement of his successor, with ASX Board “beginning a process for a timely and orderly transition to a new CEO”.

ASX Chair Damian Roche paid tribute to Stevens, praising his leadership and contribution to the ASX.

“He will leave ASX in a strong financial and operational position, and with the transformation of critical systems, platforms and infrastructure complete or nearing completion. The replacement of CHESS is progressing well, with the fully integrated industry test environment open and operating successfully,” Roche said.

While praised for overseeing blockchain-backed CHESS replacement, ASX has faced considerable delays to the project, which was first announced back in 2017.

The AXS singled out a number of achievements delivered by Stevens during his tenure as CEO, including:

Stevens said he was honoured to have served as ASX chief.

“I am proud of what we have accomplished for our customers, staff, shareholders and our industry. Now is the appropriate time for a new CEO to be transitioned into the company and to take charge of the next phase of ASX’s growth and innovation.”

As CRO for the Pacific region, Wilson will be responsible for protecting the bank’s balance sheet across 10 Pacific markets, as well as overseeing risk strategies, policies and processes.

Wilson replaces former CRO, Brent Turner who takes up “an opportunity for ANZ in Japan and Korea”.

– The Reserve Bank of New Zealand (RBNZ) has re-appointed Bob Buckle and Peter Harris as external members of its Monetary Policy Committee (MPC).

The MPC is responsible for the monetary policy decisions needed to support maximum sustainable employment and price stability.

Buckle and Harris were first appointed as external members to the MPC in 2019 for three year terms. On the recommendation of the Board of the Reserve Bank of New Zealand, they have both been reappointed for another three-year term commencing 1 April 2022.

Medibank Chair Mike Wilkins said he was “delighted that Kathryn and Peter have accepted our invitation to join the Board”.

“As our company continues to grow, and as we continue to increase our focus on delivering for our customers, we are pleased to be able to appoint two new directors with such extensive experience and a proven track record.”

Fagg is currently a director of National Australia Bank (since December 2019) and Djerriwarrh Investments Ltd (since May 2014).

Everingham is currently a director of Super Retail Group Limited (since December 2017), which owns brands including BCF, Macpac, Rebel and Supercheap Auto.

– The Financial Services Council (FSC) has appointed Nick Hamilton, Managing Director and Chief Executive Officer of Challenger Limited, as a Director to the FSC Board.

Hamilton was appointed Managing Director and Chief Executive of Challenger Limited in January this year, having held a number of executive roles at the investment group since joining in 2015.

– Macquarie Group and Macquarie Bank has appointed Michelle Hinchliffe to its board as an Independent Director.

Hinchliffe has also become a member of Macquarie’s Board Audit, Board Risk and Board Nominating Committees.

Macquarie noted Hinchliffe’s extensive experience in the financial services sector, leading large global teams in the provision of external audit, internal audit and advisory services to clients across the sector during a 37-year career with KPMG.

The appointment of Hinchliffe follows the announced retirement of Diane Grady on 24 February 2022. Grady had been a director of MGL and MBL since May 2011.

Wawn has been on the board of Cbus since December 2017.

She replaces Dave Noonan who stepped down as Deputy Chair earlier this year.

– P&N Group has appointed Monish Paul to its board, effective 21 February 2022.

PNL Chair, Steve Targett praised Paul as a “valuable addition” to the bank’s Board, “with his deep understanding of digital and business transformation… [and] a broad skill set [that] will assist the Group to deliver on its strategic agenda”.

As a Director of P&N, Paul also joins the Risk and Audit Committees.

Paul was recognised by P&N for his extensive career in corporate strategy and digital transformation, having worked across a range of industries both in the public and private sectors. He is currently a Board Director for Western Power, Landgate and Therapy Focus.