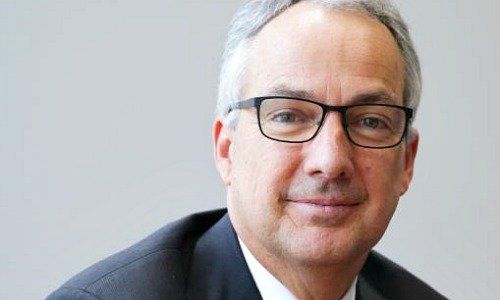 AMP on the hunt for a new Chief Technology Officer; the Federal Government appoints Chair for its new three-person financial regulator oversight body; and Westpac seeks within to find the next Chief Executive of its NZ arm.

Taylor will make the leap across from CBA-owned Bankwest, where, in 2019, she became the first female head of the WA-headquartered bank.

Commenting on the new appointment, CBA chief Matt Comyn recognised Taylor’s extensive executive experience across the CBA group, praising her “[deep understanding of] the importance of consistently delivering for customers through operational excellence.”

“Sinead has demonstrated high integrity, a strong focus on our people and customers and an excellent track record.”

Taylor is set to commence her new role in late October.

Alongside the announcement of Taylor’s move, CBA has also revealed a name-change to its Enterprise Services division, rechristened simply ‘Technology’.

“Technology sits at the heart of our strategy to build tomorrow’s bank today for our customers. It enables us to deliver global best digital experiences, to reimagine our products and services and to build on our simpler, better foundations to serve customers.

Group Chief Information Officer Pascal Boillat will continue to oversee the newly renamed Technology division, with CBA singling out its priorities to “expand our engineering workforce and streamline end-to-end delivery processes, accelerate the migration to cloud and simplify our technology estate.”

– AMP has announced a number of executive changes, including the forthcoming appointment of a new Chief Technology Officer (CTO).

“This decision reflects the critical role digital, data and technology will play in AMP’s future service and operating model,” AMP said in a statement. The company is currently undergoing an executive search for its new CTO, “with both internal and external candidates being considered”.

AMP has also announced that the role of AMP Bank’s Managing Director, currently held by Sean O’Malley, will be elevated to the Executive Committee reporting directly to the Chief Executive.

Livesey served five years as a member of the executive team, most recently as People & Corporate Affairs chief.

AMP Chief Executive Alexis George acknowledged the changes to the group’s executive structure were necessary “to deliver the separation and demerger of AMP Capital private markets, while continuing to drive our growth agenda in banking and wealth”.

– The Australian Government has appointed Nicholas Moore to Chair the Financial Regulator Assessment Authority (FRAA), a new three-person regulator review board set up in accordance with recommendations of the Hayne Royal Commission.

The Board will report on the effectiveness of the country’s banking and corporate regulators, APRA and ASIC, in response to criticism levelled by Hayne at the “light touch” approach of regulators in enforcing its rules.

Moore previously served as Chief Executive of the Macquarie Group for the decade between 2008-18.

Craig Drummond, a former veteran banker with National Australia Bank and former country head of Bank of America Merrill Lynch, will also be an inaugural member of the FRAA, alongside corporate lawyer Gina Cass-Gottlieb.

Treasurer Josh Frydenberg in a statement said: “The inaugural members have an in-depth understanding of Australia’s regulatory framework and first-hand experience working with ASIC and APRA over many years … which will assist in their assessment of the operational performance of both ASIC and APRA.”

– Macquarie Group has appointed Evie Bruce as its next Group General Counsel and Head of the Legal and Governance group.

The appointment of Bruce follows the planned retirement of Michael Herring, who has served in the role since 2009.

Bruce is currently Australian Managing Partner for King & Wood Mallesons, leading a team of 400 lawyers and governance professions as part of the KWM’s Mergers & Acquisitions and Banking & Finance practice teams.

Bruce will join Macquarie in January 2022, working alongside Herring and his leadership team for an extended handover period. She is expected to assume the role fully in early May.

Macquarie Group Managing Director and Chief Executive Officer, Shemara Wikramanayake, welcomed Bruce’s “broad transactions experience across a range of relevant sectors, as well as her proven leadership and development of a large global group of lawyers at KWM, will be a significant asset to Macquarie in the years ahead”.

– The Bank of Queensland (BOQ) has announced the appointment of David Watts as Chief Risk Officer in 2022.

Watts currently serves as IAG’s Chief Risk Officer (CRO) – a role he will continue into the new year.

IAG’s Managing Director and Chief Executive Nick Hawkins praised the “significant contribution” to the insurer over his three-year tenure.

“David has driven a big program of work to strengthen risk management and uplift our risk culture across the company. A key achievement is the successful delivery of our risk maturity program which has improved our risk systems, policies and processes, and launched our integrated risk management system,” Hawkins said.

Watts has more than 25 years’ experience in senior executive roles in financial services, including Chief Risk Officer roles at Westpac and NAB.

Screen, who currently serves as Chief Product Officer, joined BOQ as Chief of Staff in 2019. He also took on added responsibilities of interim group executive retail bank at the start of this year.

He replaces Flamma Morton who has resigned from the bank.

– Zurich has appointed Jennifer Faglioni to the newly created role of Head of Product.

Faglioni previously served as Head of Group Claims at the insurance giant.

Prior to joining Zurich, Faglioni served more than a decade at ANZ in various group claims roles.

Jackson has served 35 years across several private and public sectors organisations, including Queensland Rail, Westpac, Ernst & Young, the NSW Government, and most recently at Advisian, a business line of Worley Group.

Airwallex has also appointed David Bicknell to the role of Global SVP Finance. Bicknell was formerly Finance Director at Facebook in San Francisco.

Mitchell-Adams’ will be responsible for leading the implementation of a new three-year strategy for the Fund.

He most served as Chief Executive of Australian Scholarships Group where he implemented a significant restructuring of the business.

McGrath, who commenced her career in NZ, most recently served as Head of Channels for Barclays Group in London, among several senior leadership roles at Barclays since 2013.

“The Westpac New Zealand Board and I are delighted she has accepted this critical role leading the New Zealand business and as a member of the Westpac Group Executive Team.”

She was noted for driving large-scale transformations at UK banking powerhouses Barclays and Lloyds TSB.

McGrath is set to commence her new role on 15 November 2021. Simon Power will continue in the role on an interim basis, after which time he will return to his previous role as General Manager, Institutional & Business Banking.

A former Chief Executive Officer of Gibraltar’s financial regulator, Barrass has served in a number of senior positions in regulators across the UK and Europe.

FMA Chair Mark Todd said Barrass’s extensive knowledge and experience of the insurance and banking industries “will be particularly relevant for the increased role the FMA is to play in those areas.”

– Delta Insurance has appointed Adrian Sweeney as Underwriting Manager for the company’s liability and specialty lines in New Zealand.

A four-decade veteran of the insurance industry, the UK-born Sweeney most recently served in a consulting role for AXA UK, providing insurance investment advice for various private equity firms.

Sweeney takes up the role vacated by Dinesh Murali who was appointed Chief Executive and Managing Director of Delta Insurance NZ in April this year.

Reserve Bank Governor Adrian Orr expressed the RBA’s “deep gratitude for his contribution to the Bank and the wider financial system”.

“Geoff has made an incredible contribution to the Bank, and we’re indebted to his leadership, guidance and wisdom,” Orr said.

Bascand has been Deputy Governor of the RBA since May 2013, and is also a member of the Monetary Policy Committee.

The Governor, the Reserve Bank Board and the Minister of Finance are seeking a replacement for the role.

– EISS Super has announced the resignation of Chief Executive Alex Hutchison, following the failure of the fund to pass APRA’s performance test.

– HESTA Client Partnership Manager Graham King has announced his departure from the industry super fund, after more than a decade in the role.

– Intrust chief executive Brendan O’Farrell has announced he will not seek a role with the fund once it merges with Hostplus.

O’Farrell will leave Intrust Super upon successful completion of the merger.

“Brendan is an exceptional leader – his strategic, commercial, and relationship-building strengths have been a key platform for the fund’s success, as has been his ability to build and drive an innovative and dedicated team. I have no doubt his skillset will ensure that future success and accolades flow to any organisation he may choose to represent in the future,” Intrust Chair Gary Bullock said.

– Suncorp Chair Christine McLoughlin AM was re-elected to the role during the group’s Annual General Meeting.

McLoughlin acknowledged the group’s efforts during the pandemic and steps ahead out of the lockdowns and into “natural disaster season”.

“As we approach summer, which unfortunately brings with it natural disaster season, it is vital for our communities that our teams of essential workers – alongside other emergency workers – are able to move freely and safely to the areas where the support is needed immediately.”

Knowles served as Chief Executive of KiwiBank for the first nine years of its operation, as well as holding senior roles at National Australia Bank and Bank of New Zealand.

Hamilton recently stepped down as the Chief Financial Officer at SkyCity Entertainment Group after seven years, having spent much of his early career at First NZ Capital (now Jarden).

– The Australian Military Bank is conducting a search for three board positions, to be finalised at the bank’s Annual General Meeting on 24 November 2021.

– New Zealand-originated payments technology platform, Pushpay, has announced key appointments to its board, including a representative of its largest shareholder, investment firm, Sixth Street.

Pandit is the Chief Operating Officer of technology-first payments platform dLocal and was previously global head of Fintech Investment Banking for JP Morgan.

Commenting on the appointments, Pushpay chief executive, Molly Matthews said the company was excited to tap the new perspectives, knowledge and skillsets of Pandit and Connolly as Pushpay continued to execute its growth strategy by entering new markets.

Connolly’s appointment to the board is hardly surprising given that in March, Sixth Street became Pushpay’s largest shareholder and began engaging with the company on operational initiatives.

– Medibank has announced that non-executive directors Christine O’Reilly and Peter Hodgett will retire from the Board at the conclusion of the Annual General Meeting on 18 November 2021.

Hodgett was appointed a director in June 2013. He serves as Chair of the Investment and Capital Committee, and a member of the Audit Committee and the Nomination Committee.

Medibank Chairman Mike Wilkins said both directors had played critical roles in Medibank’s transformation over the past eight years.

“I would like to take this opportunity to thank both Christine and Peter for their valuable contribution to our company during their time as directors. They both joined the Board prior to Medibank’s listing on the Australian Securities Exchange and helped guide the business through its transition from government-owned business to privatised company.