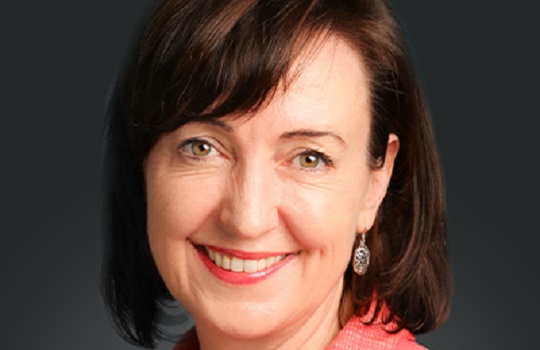 SA Labor announces its new cabinet, with Susan Close to take on the Innovation and Science portfolio; QLD gets a new Chief Customer and Digital Officer after a six-month vacancy; and the Federal Government has appointed its first stand-alone Freedom of Information Commissioner.

Dr Close will also maintain her position as Deputy Premier of the state, having been appointed Deputy Labor leader in 2018. She will also take on the prominent Space and Defence Industries ministry – a key portfolio in a state with a burgeoning space technology sector.

Dr Close is no stranger to the innovation portfolio, having served as Minister for Manufacturing, Innovation and Trade and the Minister for the Public Sector in the last SA Labor Government between 2014 and 2018.

Premier Peter Malinauskas revealed his Cabinet picks only a few days after the Labor party’s thumping election victory on 19 March. Labor picked up eight seats from the previous Liberal Government, giving it a four seat majority in SA’s 47-member House of Assembly.

McLaren steps into the role vacated by Chris Fechner last September, who moved on to the Federal Government to serve as head of the Digital Transformation Agency.

McLaren was most recently Country Head of XpertiseNow, a US-based management consultancy network. Prior to this, he served close to a decade at KPMG across both its US and Australian arms.

Part of the Department of Communities, Housing and Digital Economy, the CCDO role has a key role in “driving [the] state’s digital economy and ensuring that government services are transformed, digitised, connected and accessible for all Queenslanders,” Enoch said.

Prior to this, she served at the Department of Defence in a number of tech and cyber specialist roles, most recently tasked with uplifting the DoD’s networks, mission systems and data security capability and convergence of its deployable networks and gateways.

As Services Australia CISO, Law assumes the role vacated by Dr Maria Milosavljevic, who last February moved to the Department of Defence to serve as Chief Data Integration Officer.

A former barrister, QC and solicitor of the Supreme Court of the ACT, Hardiman has, over his 30-year legal career, advised a number of Commonwealth agencies, including the ATO and the Department of Employment and Workplace Relations.

– The Federal Government has also appointed Gina Cass-Gottlieb as Chair of the Australian Competition and Consumer Commission (ACCC) – the first woman appointed to the role.

Cass-Gottlieb, a competition lawyer and partner at Gilbert + Tobin since 1995, has also previously served as a Member of the Reserve Bank of Australia Payment Systems Board and the Financial Regulator Assessment Authority.

“We are pleased to welcome Gina to the ACCC,” the competition watchdog’s chief executive Scott Gregson said. “Gina is exceptionally well qualified and her broad experience across many industries will be an asset to the agency’s work.”

“We look forward to a smooth transition given Gina’s familiarity with our work and people, as well as the considered handover provided by Rod.”

She steps into the role following the end of Rod Sims’ tenure as ACCC chair.

Sims, who served 11 years as ACCC chair, was recognised for his role in pursuing much larger penalties for competition and consumer law breaches, as well as his seminal role in the regulation of digital platform providers.

Sims now serves as Professor of Public Policy and Anti-Trust at the Australian National University.

– The University of Canberra has appointed Craig Mutton as its inaugural Chief Digital Officer.

Mutton commences his new role at the end of March, tasked with overseeing the University’s wholesale technology and engineering agenda, as well as digital and innovation uplift.

He previously served at the Environment Protection Authority (EPA) of Victoria for over two and half years.

– The Australian Taxation Office has made a number of Assistant Commissioner appointments:

Richard Mold has also been promoted to Assistant Commissioner of Services and Improvements.

The pair replace Professor Barbara Howlett and Professor Geordie Williamson, whose terms concluded at the end of 2021.

The Council is responsible for providing advice to Federal Ministers on key concerns in science and technology facing Australia.

“Professor Praeger’s work in pure and applied mathematics, and the algorithms she developed, are used in technology around the world, such as secure digital communication and encryption for the web,” Price said.

“Her skills and experience will broaden the Council’s expertise in policy analysis and modelling. She is also a champion of women in science, technology, engineering and mathematics careers.

“Associate Professor Brownlie is a research scientist in environmental and agricultural sciences and Deputy Head of the School of Environment and Sciences at Griffith University.

“He is a former President of Science and Technology Australia from 2019-2021 and served with distinction through bushfire recovery and pandemic. His appointment will bring extensive policy analysis experience to the council.”

– Michelle Price has announced her departure from peak cybersecurity body AustCyber, revealing she will join consultancy EY as Partner in Oceania region’s cyber security, privacy and trusted technology practice in early May.

Price served as AustCyber Chief Executive for nearly four years, having been with the company since its inception in 2017.

“What an amazing privilege it has been to shape and drive AustCyber’s mission and provide the foundation for its ongoing success through the merger with Stone & Chalk,” Price wrote on the announcement of her departure.

Price was instrumental in AustCyber’s creation of its National Network of Cyber Security Innovation Nodes, serving as a conduit for cybersecurity companies and other cyber stakeholders to share expertise and capabilities to support overall cyber resilience.

– The NSW Ombudsman has announced the appointment of three new Deputies:

“These appointments represent a significant refresh of the office’s executive team, which also includes a Legal Counsel and Director, Corporate, following the appointment of a Chief Deputy Ombudsman and Chief Operating Officer in 2021,” the NSW Ombud said.

– The Federal Government has appointed Scott Farrell as a part‑time member of the RBA’s Payments System Board (PSB) for a five‑year term.

The PSB is charged with determining the Reserve Bank of Australia’s payments system policy.

Farrell has more than 20 years’ experience in financial markets and financial systems law and is currently a Partner at King and Wood Mallesons. He is also currently on the Board of Industry, Innovation and Science Australia and a member of the Government’s Ministerial Advisory Council on Free Trade Agreements.

Farrell has led a number of reviews for the Australian Government, including the Review into Open Banking in Australia in 2017, the Inquiry into Future Directions for the Consumer Data Right in 2020, and the Review of the Australian Payments System in 2021.

Federal
– The Australian Electoral Commission is on the hunt for a new Director, IT Strategy & Architecture (analogous to a Chief Technology Officer).

The Director, IT Strategy & Architecture works across the Digital Technology Branch to ensure that the AEC’s immediate and future ICT needs are met, managing the planning, execution, and benefits realisation of the Electoral Commission’s ICT strategic plan.

The newly created CTO role will be tasked with transforming and modernising the Department’s ICT environment, leading multi-disciplinary teams focused on technology infrastructure remediation and modernisation, as well as DPE’s general technology operations.

“The CTO leads the delivery of the core components of a significant reform program designed to deliver excellence in customer service levels and transform and modernise the Department’s Information Communications Technology (ICT) environment,” the Government said in its jobs brief.

The new cyber chief will lead the strategic direction and management of HSS’s ICT Cybersecurity and Risk function, heading a specialised digital information security team tasked with reducing security risks across the WA Health system and raising the profile of security across the organisation.

“You will be accountable for the identification of emerging issues, risks, trends and innovation to ensure that HSS is a contemporary Information Security management service provider. In addition, you will engage and influence business and IT leadership decision-makers on key Information Security capabilities and initiatives,” HSS said in its jobs brief.