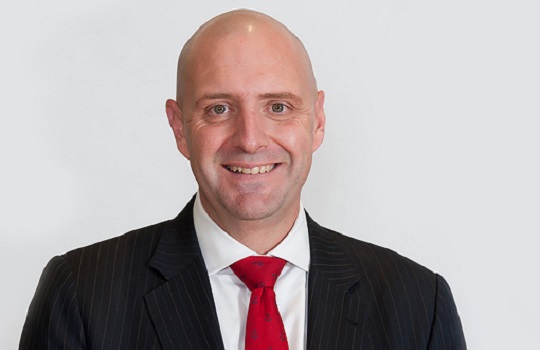 May has seen several high-profile appointments and departures across Australasia’s financial services sector, with noteworthy additions to Westpac, AMP, and MLC Life.

– AMP’s former technology and operations chief, Sean O’Malley (pictured), has been appointed Managing Director of AMP Bank. O’Malley has served in an acting capacity since February.

Since joining AMP in 2013, he has held several senior positions across the bank, most notably leading its Technology and Operations functions. This included the successful delivery of the business’s technology modernisation program, Future AMP Bank.

– AMP has also formally appointed Ilaine Anderson as Director, Super & Retirement. Anderson has held the role in an interim capacity since the beginning of the year.

According to de Bruin, Hair will be responsible for “bolstering” the bank’s digital capability as well as meeting growing customer demand for “personalised” banking.

Martine Jager previously held the role of Chief Digital and Marketing Officer (CDMO) until her departure from Westpac at the beginning of 2021. The role has since been split into separate functions, with John Harries (appointed as interim CDMO) now continuing as marketing chief.

A 20-year veteran of the life insurance industry, Hinton most recently served as Head of Portfolio Management, Individual Life at TAL where she was responsible for overseeing the commercial performance of the Retail and Direct businesses.

– Suncorp has promoted Chief Risk Officer Fiona Thompson to the new role of Group Executive for People, Culture, and Advocacy.

Suncorp Group Chief Executive Steve Johnston stressed the business’s increasing focus on advocacy, in addition to people and culture, which he says forms “a key pillar of Suncorp’s strategy”.

“We are taking a more active role in advocating for issues that are important for our customers and the broader community,” he said.

– UniSuper has appointed Peter Chun as its new Chief Executive.

Chun replaces Kevin O’Sullivan, who earlier this year announced he would step down as UniSuper CEO after eight years in the role.

Chun will commence his new role on 6 September.

– ClearView Wealth has appointed Maria Falas to the newly created position of Head of Life Strategy and Transformation. Falas previously served as Head of Mental Health and Wellness at Zurich Financial Services.

ClearView, in a statement, said Falas will be integral to the ongoing development and implementation of the business’s life insurance strategy, as well as facilitating greater collaboration across business functions.

– Australian Unity has appointed Kieren Perkins OAM as Chief Executive and Executive General Manager of its retail banking business. He commences his new role on 1 July.

Perkins, perhaps best known for his Olympic triumphs as a dual gold medallist for Australia, served 12 years at NAB, most recently as Executive Direct, Personal Bank NAB over the last 11 months.

Crisp departed NAB in April this year after serving three years at the bank, relocating to Canada to take on her new role.

Rob Everett, FMA Chief Executive, said Mason will be responsible for advising the FMA executive and board, leading the enforcement, policy and governance, corporate legal, and investigations teams.

Over his decade tenure with the FMA, Mason has served as Acting Chief Executive, Director of Regulation and Director of Governance, Policy and Strategy.

The ASX has announced the resignation of its Deputy Chief Executive Officer and Group Executive Business Development, Peter Hiom.

Hiom is set to join Motive Partners, a fintech-focused global investment firm, as an Industry Partner.

ASX Managing Director and Chief Executive, Dominic Stevens, praised his Deputy CEO for his willingness to embrace “new technology to deliver innovation and efficiency across our industry”.

“This is best exemplified by his leadership of the investigation and adoption of distributed ledger
technology to underpin the replacement of CHESS.”

Hiom will leave the ASX at the beginning of July.

– Bupa Digital Director Nick Park has announced his departure from the health insurer after three years on the role.

“As I complete my journey at Bupa Digital I’m proud to share some of the great work we’ve done together imagining and building world-class experiences to support and service our customers,” he said in his post.

Praising Symond’s stewardship, Aussie said its business is in “the best shape it has ever been with record profits and lending volumes, most recently with a record $3 billion in loan lodgements last month”.

– Westpac New Zealand has announced Chief Executive David McLean will retire at the end of June.

Serving for more than 22 years in various roles across Westpac NZ, McLean took on the job as CEO in mid-2014.

“It’s the right time, both for the business and for me personally. The industry is going through a period of change and now is an appropriate time for a new leader to take the helm, and guide the organisation into the future,” McLean said.

Westpac Group CEO, Peter King, acknowledged McLean’s contributions across his more than two decades at the bank, “playing a pivotal role in driving growth in the New Zealand business while lifting the bank’s support for New Zealanders”.

– David Cunningham, Chief Executive of The Co-operative Bank, will step down after four years at the helm of the member-owned bank.

Announcing his resignation via a LinkedIn post, Cunningham praised his staff and Co-Op board for building “a credible and successful alternative to mainstream retail banks in New Zealand”.

He is set to take an “up to six-month” sabbatical, including an Aussie fundraising endeavour for the Make-A-Wish Foundation.

Cunningham will exit the bank at the end of July, following The Co-Op’s AGM.

– Buy Now Pay Later service, Klarna, part-owned by CommBank, has reportedly parted ways with a number of local senior staff including Australian Chief Executive Fran Ereira. Also in the firing line were Head of Finance, Greg Twybel, Head of Marketing Andrea Darling and Head of Corporate Affairs, Angus Trigg. All were informed of the decision on Thursday evening.

As reported by the AFR: “The move to overhaul the local management team has been driven by its head office in Sweden, which is thought to be unhappy with the underperformance in Australia given that Klarna is growing strongly in most other markets, including the United States.”

– Medibank has appointed Gerard Dalbosco as a Non-Executive Director.

Dalbosco served as Partner of EY until September 2020. He held a number of senior leadership roles at the professional services group, including Asia Pacific Managing Partner – Markets and Co-Deputy CEO where he led EY’s client-serving activities across the Asia-Pacific market.

– Insurance Council of Australia (ICA) has announced three new appointments to its board:

Pollaers’ follows the Hon Helen Coonan, who announced she will step down at the end of her term as AFCA’s inaugural Chair.

– The National Stock Exchange of Australia (NSXA) has appointed Graeme Samuel to its board. Samuel served as second chair of the ACCC between 2003-2011. He most recently held the position of Managing Director of Greenhill Caliburn, a mergers and acquisitions advisory.