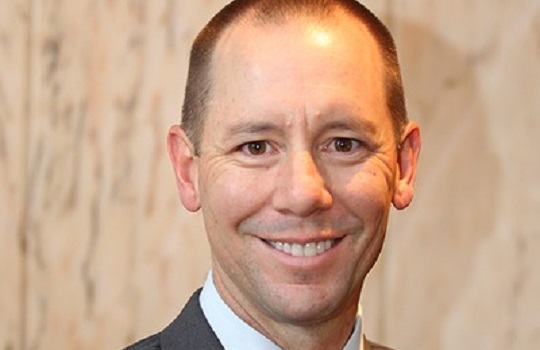 The Taskforce will work with businesses to design and implement an improved cross-border trade system, as well as review international trade regulations and modernise outdated ICT.

Brugeaud, who served a little over three years as DTA Chief Executive, will commence his new role on July 1. His replacement at the DTA is yet to be announced.

Brugeaud’s exit comes just weeks after the DTA was moved out of the Social Services portfolio and back into the Department of Prime Minister and Cabinet.

Lurker had served as Acting CISO at the DPC since January this year, following the resignation of inaugural InfoSec chief David Goodman.

Goodman, who served five years as the DPC’s CISO) has since taken on the role of Director of Cyber Security & Hi-Tech at SA’s Department for Innovation and Skills.

Luker, who has been with the DPC for more than six years, was previously Deputy Director at the DPC’s Office for Cyber Security.

– The Queensland Government has appointed its next Chief Entrepreneur, with Wayne Gerard to step into the prestigious role.

The role, “a flag-bearer for innovation and entrepreneurship in Queensland”, has been vacant since last year.

High-profile entrepreneurs Mark Sowerby, Steve Baxter, and Leeane Kemp have previously served in the role, which was launched by the Palasczuk Government in 2016.

Gerard is co-founder of RedEye, a SaaS developer for critical infrastructure operators, founded in 2012.

King was most recently Executive, Government Affairs and Public Policy at the National Australia Bank.

She has also held numerous roles with DFAT, including ambassador and deputy permanent representative for the Australian Mission to the United Nations.

Prior to this, Hood served two years as Chief Information Officer at the Department of Environment and Energy.

– Tim Bradley, General Manager of Emerging Technologies at The Department of Industry, Science, Energy and Resources and seven-year veteran of the agency, has jumped ship to Amazon Web Services, appointed by cloud services giant as a strategic advisor for the Federal Government.

Heathcote formerly served as Austrade’s Global Engagement Manager for Scale Ups, and prior to this as Trade and Investment Advisor for Fintech and Disruptive Technologies.

– University of Technology Sydney’s Innovation and Entrepreneurship Executive Director Margaret Maile Petty has announced her resignation after nearly four years in the role.

Professor Maile Petty announced the move on LinkedIn, praising the work of the UTS Innovation and Entrepreneurship Unit (IEU).

Fishburn replaces Tim Hurst, who resigned under a cloud following his role in administering a state government grant program for councils.

Fishburn most recently served as coordinator general, Planning Delivery Unit at the state Department of Planning, Industry and Environment (DPIE). Prior to that, she was CEO of Liverpool City Council.

– The Victorian Government has appointed an Expert Advisory Panel to assist the state meet zero-emissions targets for light vehicles.

The panel will be led by former Productivity Commission chair Peter Harris. He will be joined by Monique Conheady, Bruce Mountain, Natasha Santha, and John Thwaites.