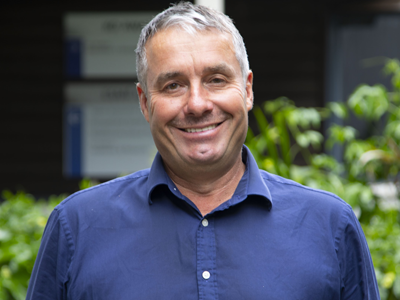 Serving across NZ’s district health board (DHB) network, Bloomfield was most recently joint CDO with Counties Manukau Health, appointed in 2018, and prior to this was CIO of Waitematā DHB in 2013. He is also a founding fellow of Health Informatics New Zealand (HiNZ).

As CDO, Bloomfield will be tasked with creating a “national picture of all the data and digital investments across the system, and the status of those investments,” said interim Health NZ chief executive, Margie Apa.

“Bloomfield will work with Wayne McNee, independent chair for the infrastructure & investment and the data & digital operating model working groups, on the operating model design and implementation of agreed change recommendations, and enable colleagues in the sector to contribute to its design.”

Apa added: “An important part of his role will be working with the Māori Health Authority to ensure that equity – and the needs of Māori health improvement are central to the decisions we make.”

Health NZ said it will look to develop a permanent Chief Data and Digital role “over the coming months”, recruited through a “full and open recruitment process”.

– Shane Hazim, Australia Post’s Head of Technology – Network and Infrastructure Engineering has announced he will step down from the role.

Hazim, who served eight years at AusPost, two of these as head of network and infrastructure, takes on a new role as Customer Success Executive at tech and networking giant Cisco.

Joining AusPost in 2014 as a contractor overseeing major incidents, Hazim rapidly moved up the ranks, becoming in 2018, Head of Technology – Network & Workspace Technology.

Hazim led the postal service’s comprehensive telecoms transformation program, overseeing the implementation of its software-defined wide area network (SD-WAN) across a network of more than 4,000 AusPost sites. The SD-WAN deployment reportedly resulted in a 70 per cent drop in drop disruptive outages from five years prior.

He was also, reportedly, responsible for increasing team engagement “to 88 per cent… leveraging a transparent leadership approach to provide a sense of purpose, communicate business objectives and provide ongoing learning opportunities”.

The Senior Executive Band 1 (SES1) role will be responsible for leading the delivery of IT and Information Security functions for the ASD, including coordination and oversight of insider threat protective security monitoring, cyber network defence protective monitoring and reporting, IT security incident response, continuous assurance monitoring of authorised systems, authorisation of security enforcement controls and IT security advice – including secure architecture advice and assessment.

Particular focus will be placed on enabling the delivery of the REDSPICE (Resilience, Effects, Defence, SPace, Cyber, Enablers) program announced under the Morrison Government in March this year.

“The role will require you to contribute to business continuity and disaster recovery planning, work with suppliers and service providers, receive and manage a dedicated cyber security budget and contribute to cyber security awareness-raising”, the ASD wrote as part of its job description for the role.

Reporting directly to Konti, and managing a budget of approximately $200 million, the role will oversee the planning, delivery and alignment of digital systems and services across the ACT Government, as well as taking the lead in the promotion of “high-quality technology and data services”.

– The Federal Government’s Digital Transformation Agency has appointed Andrew Morrison as Chief Technology Officer alongside a number of new senior executive appointments to refill the depleted senior ranks of the DTA.

Morrison most recently served as Chief Digital Officer at the Queensland Department of Communities, Housing and Digital Economy (DCHDE) for three years and prior to this as CIO of the state’s Department of Housing and Public Works.

At the DCHDE, Morrison oversaw the delivery of the Department’s ICT and digital strategies, noting his role in guiding the Department in delivering “sustainable digital investment decisions”. Coinciding with the emerging Covid-19 pandemic, Morrison’s tenure at the DCHDE saw a number of Covid-focused initiatives, including the building of the state’s QR code check-in app, Check in Qld.

Wayne Poels will also formally take on the role of General Manager of Investment, Advice and Contestability, having been appointed in an interim capacity earlier this year. As part of this role, Poels oversees budgeting and investment approvals for the Agency.

Poels most recently served as Branch Manager, Transition Reform Taskforce at the DTA, having jumped ship from the Department of Prime Minister and Cabinet in June 2021.

– The Office of the eSafety Commissioner has appointed Morag Bond as Executive Manager for Legal, Marketing, Communications, and Research.

Lovett previously served as Chief Technology Officer and Deputy Chief Operating Officer at the Australian Financial Security Authority, and prior to this as Chief – Data Management and ICT Security at IP Australia.

Rudland was most recently Director for Technology Platforms at the Department of Education, Skills, and Employment.

– Minister for Public Service Katy Gallagher has appointed Dr Gordon de Brouwer as Secretary for Public Sector Reform for a two-year term. de Brouwer, a 35-year veteran of public policy, will be charged with the design and delivery of recommendations “to strengthen the public sector”.

“The Australian Public Service (APS) plays a crucial role in serving the Australian community and helping to shape the future of our nation and the appointment of Dr de Brouwer to lead this important work demonstrates the Albanese Government’s commitment to ensuring that the APS is fit for purpose going forward, ” Gallagher said in a statement.

“Working in close partnership with the Australian Public Service Commissioner and the Secretaries Board, Dr de Brouwer will lead and implement a wide range of public sector reforms to support the Government’s commitment to building a stronger public service that delivers better outcomes for the community, acts as a model employer and contributes to building a fairer and more inclusive Australia.”

– Australia’s Trade and Investment Canberra (Austrade) has appointed Daniel Boyer as its next Deputy Chief Executive. Boyer replaces Peter Horn who is currently acting in the role.

Joining Austrade in 2014, Boyer is currently the General Manager, Greater China, for Austrade Beijing promoting trade and investment services between Australia and China.

Prior to this, Aarons served 17 years at the Australian Bureau of Statistics (ABS), most recently as Program Manager People Strategies and Capabilities and before this as Program Manager Data Integration and Data Professional Stream.

Commencing her new role on August 1, Williams fills the vacancy left by former Deputy President Anthony Murfett, who in January became the Head of the Technology and National Security Division at the Department of Industry, Science, and Resources.

Williams moves from the Office of National Intelligence where she led major strategic projects related to the National Intelligence Community. Prior to this, she headed a division at the Australian Signals Directorate (ASD) and previously supported the implementation of the Independent Intelligence Review 2017 as part of the Open Source Centre.

“Dara’s extensive background in national security, intelligence and diplomacy means she has a deep understanding of the global strategic context for Australia’s space engagement in this current climate. This will be critical to the Agency as we continue to enhance our sovereign capability and collaborate with our international partners to deliver outcomes that benefit all Australians,” Palermo said.

– The Western Australian Government has appointed Professor Seshadri Vasan as Director of Research at the newly reformed Office of Medical Research and Innovation, which sits within the state’s Department of Health.

The Office is a reorganisation of the health department’s existing Research and Innovation Office.

Professor Vasan worked at CSIRO since 2019 as a member of the Dangerous Pathogens Team based at the Australian Centre for Disease Preparedness. Notably, the team worked on the AstraZeneca Covid-19 vaccine and helped bring it to clinical trials.

“Western Australia has some of the most dedicated researchers in the world, at a time of extraordinary growth for the health and medical research sector,” Dawson said.

“WA is home to one of the most advanced clinical trial centres in the entire Asia-Pacific region, which will help position WA as a leading destination for biopharmaceutical companies.”