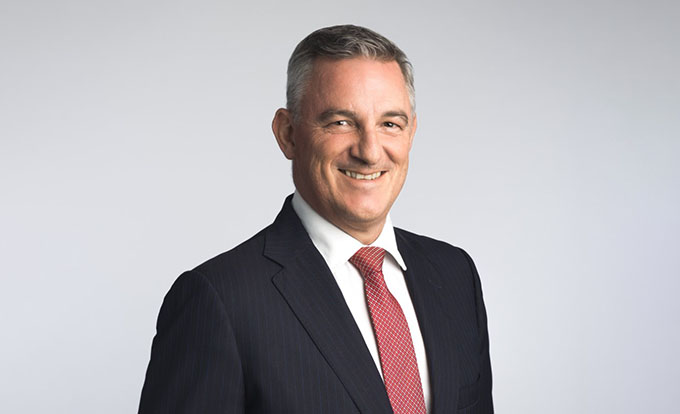 Sydney Metro, WA Health, and Queensland Government on the hunt for new tech chiefs; Victoria’s $2 billion innovation and research fund gets new CEO; and the ACCC appoints competition law veteran to its board.

– Sydney Metro has created a new Chief Information Officer role to be tasked with overseeing the transport agency’s digital transformation and IT strategy.

As reported by iTnews, the tech chief will also lead the delivery of an in-progress digital transformation program, which includes enhancements to its travel apps, timetable information and greater access to alternative public transport information.

Current Director of Information Technology James Carter has stepped in as acting CIO whilst a permanent appointment is sought.

The role will traverse both Sydney Metro and the wider Transport for NSW (TfNSW) IT leadership group.

Once appointed, the new CIO will report to Executive Director of Corporate Services Johanna Hall.

To boost its tech ranks, Sydney Metro and TfNSW is also recruiting for a range of roles to support its digitalisation program.

– The Federal Government has appointed Chris Hewett as the Australian Space Agency’s new General Manager of Strategy and Industry Growth.

In his new role, Hewett will be oversee the space agency’s policy development, coordination and teams responsible for agency operations, as well as helping to facilitate industry growth.

Hewett’s public sector career began in national security, with experience in space technology stretching back 15 years, the Government said. He previously held senior executive service roles at the Department of Defence, and the Department of Finance.

Dooley is a former trade official, with experience managing large infrastructure investments across the Asia-Pacific region.He most recently served as head of ARA Infrastructure in Singapore.

On his appointment, Dooley said he “[looks] forward to heading up the Breakthrough Victoria team and working with researchers, founders, businesses and government to create more jobs for Victorians into the future”.

– WA Health’s Chief Information Officer Christian Rasmussen has stepped down after less than a year in the role.

The health department’s shared services arm, Health Support Services (HSS) is currently seeking his replacement, tasked with overseeing the transformation and modernisation of ICT within HSS, including the delivery of “a modern, secure, integrated and user-friendly ICT platform” over the next five years.

The new CIO will oversee the management of the $140 million HSS ICT operating expenditure and a team of more than 370 full time employees. WA Health notes it is a full time appointment for a term of five years.

HSS program delivery executive director Jonathan Smith will act in the CIO role while the recruitment process is underway.

Rasmussen had been in the role less than 10 months, joining from Lotterywest in January this year.

– After an extended vacancy, the Queensland Government has commenced its search for a new Chief Customer and Digital Officer (CCDO) following the departure of Chris Fechner earlier this year.

The role has been vacant for a number of months following Fechner’s move to the Federal Government’s Digital Transformation Agency in late September, following an extended leave of absence.

The state’s Department of Communities, Housing and Digital Economy (DCHDE) is heading the search, which has been vacant for much of the second half of 2021.

The new CCDO will be tasked with helping to deliver the state’s forthcoming digital economy strategy, including the pursuit of “cross-government digital improvements to streamline and integrate services, modernising government’s approach to funding, procurement, investment and governance, and supporting contemporary and agile ways of working,” the job ad states.

Fechner replaced former DTA Chief Randall Brugeaud, who stepped down in June after three years in the top job to head up the federal government’s Simplified Trade System Implementation Taskforce.

Fechner served as the QLD’s inaugural CCDO for a year-and-a-half, which effectively replaced the role of Chief Information Officer.

– Brad Wearn has stepped down as the Perth Mint’s Chief Information Officer after just six months in the role.

Wearn joined the Mint back in July as its inaugural CIO, having previously served as Business Technology Group Manager.

LinkedIn shows Wearn took on a new director role at BJM Performance, a company that he owns, in October.

He came into the role with significant experience in the mining sector, including 10 years as the CIO of BHP Iron Ore.

Part of his responsibilities involved driving an organisation-wide transformation program.

The transformation is expected to see the ‘business technology solutions’ team shift its focus and thinking from traditional in-house applications and infrastructure to the creation of ‘platforms’.

The Mint, which doubles as the federal government’s official gold and silver bullion coin producer, has invested in Microsoft-based platforms for the transformation.

It is also continuing a cyber security transformation to protect information, data and technology assets, according to the Mint’s latest annual report.

– The Federal Government has named a number of top appointments to its boards, including Liza Carver as a full‑time board member of Australian competition and consumer watchdog the ACCC for a five‑year period.

“The appointment of Carver contributes to the high level of skills and experience at the ACCC,” the Government said.

She is currently a Partner at Herbert Smith Freehills, as a senior competition law and regulatory specialist. She was previously the Joint Global Practice Head, Competition, at Ashurst and a partner at Gilbert + Tobin. She is a former Commissioner of the Australian Energy Markets Commission and former Associate Commissioner of the ACCC.

– The Federal Government has also announced the reappointment of Professor Deborah Ralston to the Payments System Board (PSB) for a five‑year period on a part-time basis.

The PSB has responsibility for determining the RBA’s payments system policy. Ralston has been a member of the PSB since 2016.

She most recently served on the Panel of the Government’s Retirement Income Review and has served as Chair of the SMSF Association and Chair of ASIC’s Digital Finance Advisory Committee.

The Government said the reappointment of Professor Ralston “maintains the high level of skills and experience on the PSB Board”.

– Alongside Ralston’s appointment, the Government has also reappointed Carol Schwartz AO as a member of the Reserve Bank of Australia (RBA) Board for a further five‑year period.

Schwartz has been a member of the RBA Board since 2017.

The Government acknowledged Schwartz’s “extensive experience in business, property, the arts, and community organisations and has been a director on a variety of public companies and government boards”.

“The reappointment of Schwartz maintains the high calibre of experience and expertise on the RBA Board as our economy recovers from the Covid‑19 pandemic.”

– Carolyn Kay has also been appointed as a part‑time member of the Federal Government’s Foreign Investment Review Board (FIRB) for a five‑year period.

Kay has more than 30 years’ experience in the finance sector both in executive and non‑executive roles.

She is currently a Member of the Future Fund Board of Guardians, a Non‑Executive Director of Scentre Group, and the General Sir John Monash Scholarship Foundation.

The Government said Kay’s appointment “continues the high level of skills and experience on the Foreign Investment Review Board that is required to deal with the increasingly complex foreign investment proposals it examines”.

Nerida Caesar has also been appointed new non-executive director on the board, effective 1 Janurary 2022.

McKenzie, with more than 30 years’ experience in government and executive leadership, joined the NBN Co Board in 2019 as a Non-Executive Director. During her first term, she also served as a member of NBN Co’s Audit and Risk Committee, Financing Committee, Nominations Committee, and People and Remuneration Committee.

Caesar is a non-executive director of Westpac, a member of its technology committee, and legal, regulatory and compliance committee.

– AustCyber, a peak body for Australia’s cybersecurity sector, has announced the relaunch of its AUCyberExplorer jobs market service, promoted as “an interactive tool that tracks the state of the Australian cyber security job market”.

“AUCyberExplorer helps to bridge the gap between people looking for work, and companies searching for employees,” AustCyber said in a statement.

Built in collaboration with Emsi Burning Glass, CompTIA, Accenture and CyberCX, AUCyberExplorer is essentially a rebrand of the CyberSeek AU platform, originally developed through AustCyber’s Projects Fund and launched in March 2021.

The career pathways tool on AUCyberExplorer shows users what jobs are available from entry-level positions through to technically advanced and management.

– The Federal Government’s Department of Education, Skills and Employment (DESE) has promoted Adi Smith to the position of Data Analysis Assistant Secretary.

Smith most recent served as Branch Manager, Education Measurement at DESE, and formerly held roles as Senior Adviser for the DPMC’s Central Analytics Hub and Director, Centre for Population at the Treasury.