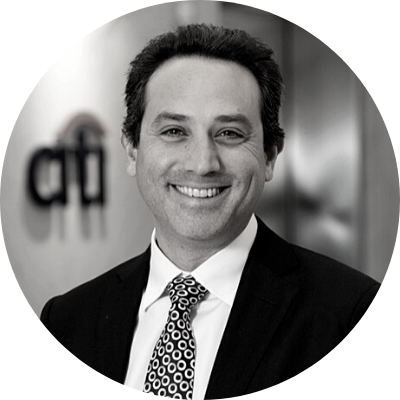 Alan Machet was appointed CEO of Australia’s Consumer Bank in December 2017. In this role, Alan is responsible for leading the development and execution of the Consumer Bank’s business strategy and driving a customer-centric culture.

During his leadership, Citi Australia’s credit card business maintained its ranking as the 5th largest credit card provider in Australia and has grown to hold 12% of market share due to a successful partnerships-based growth model. Alan has also overseen the ‘pivot to digital’  of Citi Australia’s Retail Bank, with 95 per cent of transactions now occurring via digital channels.

Alan joined Citi in September 2013 as Head of Cards and Loans Australia, encompassing Bankcards, Ready Credit, Diners Club Australia and Citi Merchant Services. Prior to joining Citi, Alan led significant consumer businesses at Macquarie Bank where he worked for six years, most recently as the Head of Cards and Direct Distribution of retail products in Macquarie’s Private Wealth Division. His financial services business experience commenced in South Africa where he worked for The Standard Bank before emigrating to Australia in 2004 and joining Westpac where, amongst a number of other Cards roles, he managed the Virgin Money credit card program.

Alan studied at the University of Witwatersrand in Johannesburg qualifying as an industrial engineer before completing an MBA.

Future of Financial Services, Sydney 2020
Turbo-charging Innovation to Strengthen Australia FST Media’s flagship event and the largest of its kind in the Southern Hemisphere, the Future of Financial Services, Sydney has established itself as the most important tech-focused event on the industry’s calendar, setting the...
Find out more
Register Now