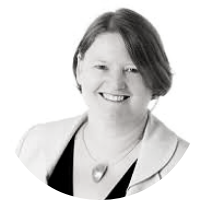 Bernadette Cavanagh is the Chief Executive of Manatū Taonga Ministry for Culture and Heritage (MCH), taking up the role in February 2019.

Bernadette brings to the role strong leadership skills, expertise at the international level, and experience in navigating complex issues and delivering results.  Before joining the MInistry, Bernadette had a career with the Ministry of Foreign Affairs and Trade (MFAT), with her most recent role as Deputy Secretary of the Multilateral and Legal Affairs Group.

Bernadette also served offshore including as Deputy Head of Mission in the New Zealand Embassy in Moscow, Deputy Permanent Representative at New Zealand’s Mission to the United Nations in New York and was New Zealand’s High Commissioner to Singapore. Bernadette began her public service career with the New Zealand Defence Force / Ministry of Defence.