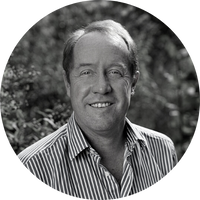 Professor Hugh Possingham had a long and distinguished career working to improve conservation science and techniques through mathematical modelling of ecologies prior to his appointment as Queensland Chief Scientist.

His scientific career started at the University of Adelaide where he completed his Bachelor’s degree with Honours in Applied Mathematics in 1984, which was followed in 1987 by a PhD in Ecological Modelling as a Rhodes Scholar at Oxford University.

He joined the University of Queensland in 2000 as Chair in the Department of Mathematics and Biological Sciences where he has led several research centres and held Australian Research Council Professorial, Laureate and Federation Fellowships.

He was Director of the Australian Research Council Centre of Excellence for Environmental Decisions, as well as the Australian Government’s Threatened Species Recovery Hub.

In 2016 he became the Chief Scientist at The Nature Conservancy, a global conservation organisation with more than one million members around the world, that has protected more than 119 million acres of land and thousands of kilometres of rivers worldwide.

His combination of expertise in mathematics and ecology has enabled Professor Possingham to undertake conservation initiatives that integrate spatial planning and economic factors.

This is demonstrated through his co-development of the Marxan(external link) software for conservation planning, which has been described as “the most significant contribution to conservation biology to emerge from Australia’s research community.”

In 2016, Professor Possingham was elected a Foreign Associate of the US National Academy of Sciences, one of less than 500 foreign associates to receive the honour.

He has been frequently published in the world’s top scientific journals such as Science and Nature.

Professor Possingham was elected a Fellow of the Australian Academy of Science in 2005.

He frequently advises governments on conservation policy and management to ensure best practice of globally significant terrestrial and marine environments.

He will work to ensure young Queenslanders are inspired to consider a career in science and to encourage community interest in science and advocacy for science.

6th Annual FST Government Queensland 2022
Off the back of Budget announcements and the ongoing economic recovery of the state in the wake of COVID-19, the Paluszczuk Government continues to provide crucial support for the digital economy. A pledge of funds towards whole-of-government cyber-security, online COVID...
Find out more
Register Now