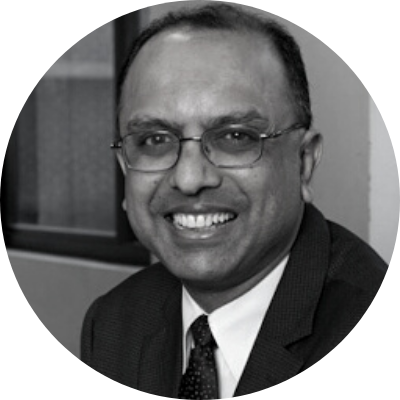 From 1988 to 1995 Vijay headed Worldwide Security Research for HP Labs in Bristol, UK. Under his leadership at HP Labs, some 6 different security technologies were transferred into successful HP products, generating billions of dollars. He also headed the Technical Security Strategy Initiative at HP under the Senior Vice President, USA. From 1987-88, Vijay was Research Manager at British Telecom Research Labs. U.K. During 1985-1986, first he was Research Fellow and then Lecturer in Computer Science at Plymouth and Reading Universities. He attained his Ph.D in Computer and Communication Security from Plymouth and Exeter Universities in 1984, sponsored by BT Research Labs. He attained his Electronic Engineering degree from Sussex University, UK in 1981. He was awarded the 1981 Prize of the Institution of Electrical Engineers, IEE, for outstanding performance at Sussex University as well as the Committee of Vice Chancellors and Principals Award UK.