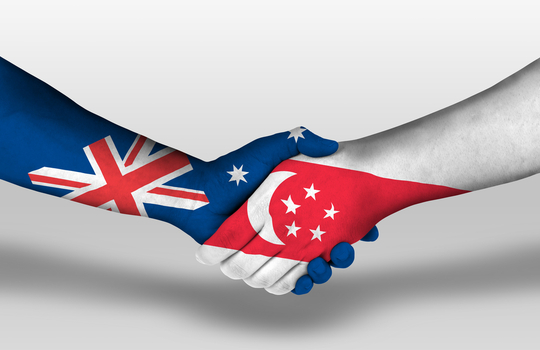 Australia and Singapore have signed the Australia-Singapore FinTech Bridge Agreement in a bid to strengthen bilateral and multilateral cooperation on financial technology and support fintechs looking to expand in each other’s markets.

A joint statement by the Australian Government’s Treasury and the Monetary Authority of Singapore (MAS) said the agreement was signed in April. Moves to develop the FinTech Bridge were first announced in June 2021 by Singapore Prime Minister Lee Hsien Loong and Australian Prime Minister Scott Morrison.

The FinTech Bridge builds on digital economy cooperation between the two countries under the Australia-Singapore Digital Economy Agreement (DEA) and supports the fast-growing fintech sectors in both countries. It aims to facilitate fintech trade, investment and ecosystem development, and reduce barriers to entry.

Under the agreement, officials, regulators, and industry groups will explore joint innovation projects, share fintech expertise, encourage new business opportunities, and learn from the experiences in fintech policy and regulation in each jurisdiction.

This includes collaboration in blockchain and distributed ledger technology, digital identities, cross-border data connectivity, data portability, and how fintech can be used to promote sustainable finance.

With their stable regulatory environments and markets, both countries are consistently ranked in the top 10 of global fintech rankings. However, Singapore is well ahead in the number of companies and global fintechs based in the city-state, as well as having a strong head start in areas such as cryptocurrency regulation.

Singapore’s fintech sector has grown quickly to around 1,400 fintechs offering a wide range of solutions as well as more than 40 innovation labs. Equity funding for Singapore fintechs hit a five-year high of US$3.9 billion (S$5.3 billion) in 2021.

Fintechs from both Australia and Singapore have already been taking advantage of the collaborative, cross-border business environment.

For instance, Sydney-based blockchain platform Lygon, which developed the world’s first digital bank guarantee to replace paper-based financial contracts, launched in Singapore in mid-January as the first step of its expansion into Asia.