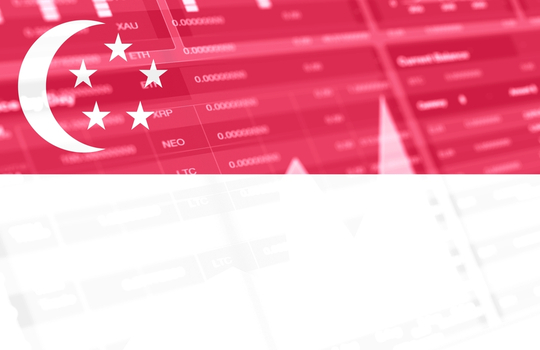 FOMO Pay has commenced the rollout of Singapore’s first crypto payments for high-end merchants at a time when increased regulation and slower-than-expected licence approvals are keeping other crypto players waiting.

Under FOMO Pay’s new cryptocurrency payment solution, retailers such as EuroSports Auto, 2ToneVintage, and Luxehouze can now accept a range of cryptocurrencies, including Bitcoin, Ethereum, USDT, and USDC.

FOMO Pay was the first company to get a licence to offer digital payment token (DPT) services in the city-state last September, but since that time there have been a number of moves towards even stronger regulation of Singapore-based crypto providers.

Digital payments providers now face enhanced regulation, even if their services are only offered outside Singapore, under the new Financial Services and Markets Bill passed in April.

The Monetary Authority of Singapore (MAS) also issued guidelines in January which saw crypto ATMs removed from public areas, while providers were also prevented from advertising crypto services to the general public.

Louis Liu, founder and chief executive at FOMO Pay, said the move was the next step in building “Asia’s first licensed gateway that connects businesses with fiat and crypto”.

“The rise in the adoption of cryptocurrency has opened up more avenues for consumers in the way they make their payments,” Liu said in a statement.

As consumer interest grows, FOMO Pay said crypto would receive continued attention from regulators in Singapore, “particularly on how infrastructure can be secured to protect large amounts of capital deployed in the crypto market”.

FOMO Pay was the first of only a handful of firms to get full DPT licences, including DBS Vickers, Triple A, and Independent Reserve last year, and Digital Treasures Center (DTC) and Paxos in March.

It has proven to be a slow process for all. Under the Payment Services Act which came into effect in January 2020, exemptions from holding a licence were granted if companies submitted applications before July 2020 for DPT activities, or by January 2021 for other regulated activities. Exemptions remain in force until applications are approved or rejected by MAS or withdrawn by the applicant.

Tharman Shanmugaratnam, Senior Minister and Minister in charge of MAS, updated the licensing figures as of early April in a written parliamentary reply. MAS has received more than 580 licence applications, of which 415 notified MAS in the specified period and were exempted from licensing. Of those 415, 87 applications were approved, 11 rejected, 147 withdrawn ‘after engagement with MAS’, and 170 remain exempted from licensing while their applications are pending review.

Tharman said MAS was closely scrutinising applicants to ensure the quality of their risk management systems and controls – and any applications that are ‘incomplete or unclear’ take longer to process.

As the numbers show, many have withdrawn. After the world’s largest cryptocurrency exchange Binance.com was put on the MAS investor alert list last year, it subsequently wound down its Singapore operations and withdrew its application for DPT services in December amid reports it found anti-money laundering and terrorism financing requirements too onerous.

Successful licensees are also reviewing plans in the face of new guidelines.

In February, DBS Bank chief executive Piyush Gupta said it was looking to expand digital asset trading to retail investors by the end of the year through the DBS Digital Exchange, which is currently only for accredited and institutional investors. However, by DBS’s Annual General Meeting in late March, Gupta revealed there were no plans for a retail operation anytime soon – citing regulatory concerns about extending crypto services to retail investors.

This increased oversight has made Singapore a slightly less attractive crypto base, according to the latest rankings by crypto analysis firm Coincub.

Germany displaced Singapore as the most crypto-friendly country in Coincub’s Global Crypto Ranking Q1 2022 after it decided to include crypto in its huge domestic savings industry.

Coincub said Singapore dropped to second place because of the government’s move to restrict crypto services advertising by Virtual Asset Service Providers (VASPs) outside of their websites, along with a clampdown on Bitcoin ATMs.