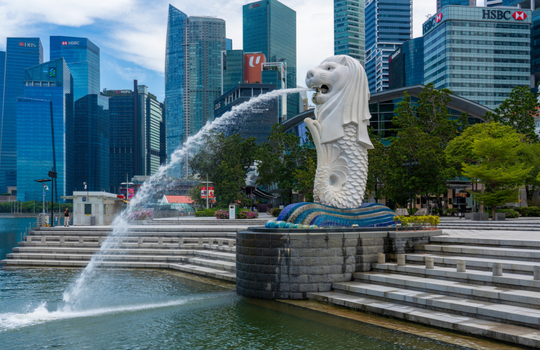 Singapore’s economy had a rocky first half in 2021 as the Covid crisis took its toll, but the fintech industry has been seeing plenty of activity. Fintech deal volumes are up sharply, although the value of these transactions is well down.

According to the Monetary Authority of Singapore (MAS), the domestic economy shrank by 1.8 per cent in the second quarter of 2021, reversing a 3.3 per cent expansion in the first quarter in seasonally adjusted terms.

Global services firm KPMG noted that during this same six-month period, Singapore’s fintech industry saw a total of 72 deals worth US$614.2 million, up from 59 deals in the first half of 2020.

Total deal volume for the first half of 2021 was also 50 per cent higher than the same pre-Covid period in 2019. However, KPMG found these recent fintech deals are for much smaller amounts.

“Investors are still willing to broker deals at strong valuations for companies, but not to quite the same extent as they did in the past,” it said.

That said, the industry is expecting a strong second half with some big deals in the pipeline.

Singapore-based super-app Grab has announced it is going public in the US through a deal with special purpose acquisition firm, Altimeter Growth Corp. The deal alone could be worth up to US$40 billion.

“As we head into H2’21, we anticipate more consolidation will occur, particularly in mature fintech areas, as fintechs look to become the dominant market player either regionally or globally.”

The deal-making growth in fintech comes amid Singapore’s first quarter-on-quarter decline in activity since Q2 2020 – a pullback MAS said was largely due to tightening domestic restrictions resulting from a resurgence in Covid-19 infections. The regulator still expects Singapore’s economy to grow by around 6 per cent to 7 per cent this year.

“Rising vaccination rates in Singapore have paved the way for a more concerted easing of domestic restrictions and [the] reopening of borders, which should help consolidate the economic recovery in the latter part of this year,” the central bank said.

The finance and insurance sector expanded by 1.7 per cent q-o-q in the second quarter as the rest of the economy was contracting, albeit slower than the sector’s 2.3 per cent rise in the first quarter.

“Structural trends such as digitalisation of business processes, the increasing use of machine learning and artificial intelligence, and the shift towards e-platforms for the provision of both consumer and business services, will provide a fillip to IT services and related business consultancy services in the years ahead,” MAS said.

Singapore is entering a new phase in its battle against Covid-19, ramping up its vaccination drive in preparation for a future where Covid will be endemic. Currently, around 70 per cent of Singapore’s population have been fully vaccinated, and around 80 per cent partially vaccinated – one of the highest vaccination rates in Asia.

“With this roadmap in place, the economic recovery – temporarily disrupted in Q2 and into part of Q3 – should get back on track thereafter, alongside a firming of global demand,” MAS said.

“While there is still the risk of possible mutations of the virus which would put the efficacy of vaccines to the test, the re-imposition of circuit breaker-equivalent measures that would severely disrupt business and consumer activity is not expected to occur under the current trajectory of infection-control measures.”