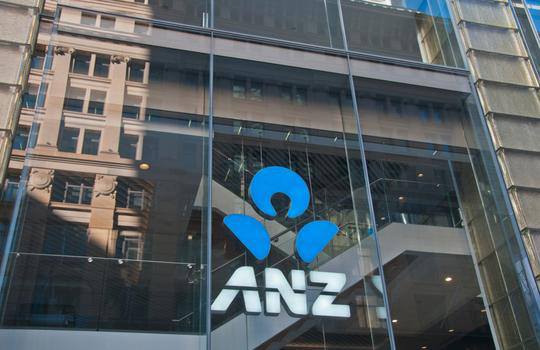 Gray’s expanding portfolio points to the importance of increased process efficiency – coupled with a better understanding of customer behaviour – in bolstering ANZ’s post-Covid-19 growth and recovery, with customer experience upheld as the bank’s foremost priority.

“The effective use of data, insights and automation will be key in preparing the bank for the future, particularly as we respond to the challenges presented by Covid-19,” said ANZ chief executive Shayne Elliot in a statement from the bank.

Prior to joining ANZ, Gray spent three years at Woolworths, most recently serving as the retail giant’s chief loyalty and data officer. Prior to this, she rose to partner at Bain & Company, having worked across the United States, Europe and Australia over 15 years.

Since joining ANZ in 2016, Gray has been the driving force behind the bank’s data strategy, governing how data is defined, gathered, managed, and protected – a remit she will go on overseeing, in addition to extracting business insights and guiding the group’s automation efforts.

ANZ has been exploring the use of automation since 2017. However, it was last July that the bank revealed a serious push to consolidate disparate in-house projects under a single “business automation and integration” unit, with the aim of achieving greater repeatability and scalability with the cost-cutting technology.

News of Gray’s appointment came as ANZ chief Shayne Elliot unveiled a four-pronged strategy to navigate the anticipated Covid-19 fallout, which involves “protecting the bank, adapting to a new world and engaging with key stakeholders, while still preparing for the future”.

Elliot stressed that ANZ “enter[s] this crisis in very good shape” to support customers, citing prior efforts to “simplify the business and focus on productivity” – in particular, the bank’s acclaimed ‘agile’ workforce transformation which started in 2018 and was reportedly paused mid-2019.

The seasoned CEO also lauded the bank’s achievement in getting 95 per cent of its global workforce, excluding branch staff, working remotely since 17 March, while “still providing the community with essential banking services”.

Notably, the bank’s technology expenditure over FY19 saw a marked uptick from the prior reporting year, costs Elliot put down to an “established shift in digital” which he anticipated would continue for some time.

ANZ’s data push comes as the ACCC confirmed its go-live date for Open Banking will launch as scheduled on 1 July. Open Banking will require banks to make transactional data available to accredited third parties, including fintech rivals, as well as giving customers control over who can access their data.

According to ACCC chair Rod Sims, Open Banking and the broader Consumer Data Right (CDR) is a “vital reform”, expected to bring net benefits to competition, consumers and the economy – an outcome he believes will expedite the country’s post-pandemic recovery.

“While dealing with the immediacy of the current crisis as well as protecting our customers and staff remains our top priority, we are not sitting idle waiting for changes to happen to us,” Elliot said.

“We are analysing customer behaviour and fast-tracking digital investments given we know there will be opportunities for banks that focus on their customers, stay prudent, read changing customer needs and have the resources to invest for the long-term,” he added.