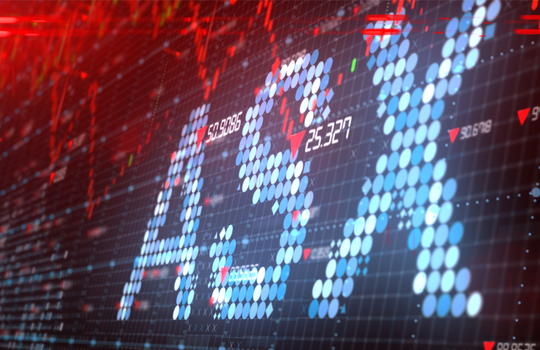 Under the Memorandum of Understanding (MOU) signed by the three parties, both VMware and Digital Asset (in which the ASX holds an equity stake) have pledged to support the development of distributed ledger, or blockchain, technologies and associated infrastructure within the ASX, with an overall remit to boost the Exchange’s data privacy, confidentiality, and security requirements.

Among the chief objectives of the MOU will be to replace the ASX’s nearly three-decade-old core clearing and settlement system, CHESS.

The build-out is expected to provide a foundation for an expanded distributed ledger offering that extends beyond equities trades – potentially incorporating bonds, currencies or various other trade instruments.

According to tech news publisher iTnews, the development of the new platform underpins the ASX’s “strategy to continue morphing from being a commodity transactions infrastructure provider to a globally significant trading technology and data intelligence developer able to service a range of sectors and markets”.

A replacement for the workhorse clearing system was flagged in 2015, with the ASX selecting Digital Asset to develop, test, and demonstrate a working prototype of a DLT-backed post-trade platform for the cash equity market. This was followed by ASX’s own analysis and assessment of the technology through 2016-17, which included functional testing of the clearing and settlement system, measures for scalability, security and performance requirements, and third-party security reviews of DA’s DLT-based system.

Software for the CHESS replacement is being progressively deployed within ASX’s Customer Development Environment, where customers and their service providers have begun exploring the clearing and settlement functionality of the new system.

The MOU is also expected to offer innovations beyond clearing and settlement, with a wider goal to strengthen the Exchange’s capacity to support the financial services industry across Australia and New Zealand, the ASX said in a statement.

“This new partnership is a very positive development that will help us support a wider range of DLT solutions developed by the industry,” ASX Deputy chief executive Peter Hiom said.

Yuval Rooz, co-founder and chief executive of Digital Asset, said: “We continue to achieve our milestones to deliver a production-grade, scalable distributed ledger solution for CHESS. VMware is now part of the mission we share with ASX to deliver a DAML-based distributed infrastructure to realise the full potential of this technology.”

“Providing a state-of-the-art DLT-based system will create new business opportunities for the industry,” said David Tennenhouse, Senior Vice President and Chief Research Officer at VMware. “We’re working closely with DA and ASX on a combined offering to provide the enterprise-grade foundation for ASX, and we look forward to expanding our relationship.”

Following confirmation of the MOU, the ASX, DA and VMware said they have commenced working on full legal documentation for its CHESS replacement rollout.