Is Australia taking the right approach to Open Banking? – Insights from the Future of Open Data panel 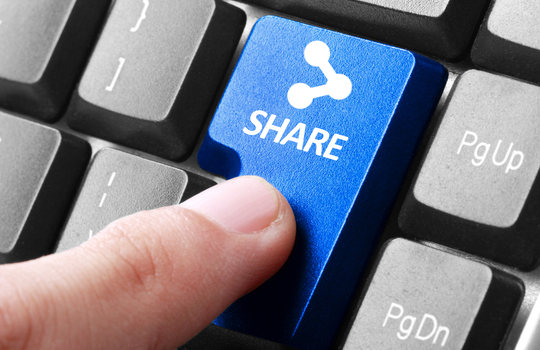 After seemingly endless delays, Open Banking – the first iteration of Australia’s broader Consumer Data Right (CDR) regime – is a little over a month away from its official all-industry launch.

As a government-led initiative, the CDR is intended not only to boost competition within Australia’s highly concentrated financial services market, but also nurture the country’s emerging fintechs (which have already proved valuable innovation partners to the incumbents).

FST’s virtual panel, The Future of Open Data, explored some of the key pressure points, opportunities, and lessons for Australia’s financial services organisations as they gear up for Open Banking’s imminent launch. We take a look at some featured insights from the discussion.

The early part of the discussion centred on Open Banking’s value proposition for both customers and the banking industry, and the challenge of ‘selling’ an abstract data-sharing regime to consumers that likely have little understanding of its real-world benefits.

Opening the discussion, Judo’s Alex Twigg frets that while the industry has hyped Open Banking’s official launch, realistically this first step of its extended implementation process will offer little tangible benefit to consumers – a factor that could potentially turn off those hoping for significant industry change in these nascent stages.

“The early steps of July 1 release are really only the publishing of product information via a standard,” he said. “That’s not going to provide a lot of detail or data for anybody to use.

“It won’t be until much later on in the process that we’re going to start to have real transactional data coming through.”

It will be up to FSIs to inform consumers of the regime’s phased implementation process, and more so how they can benefit through each phase of its rollout as more and more data is shared.

While widespread sharing and use of transactional data by external parties augurs a tangible indication of Open Banking’s real-world success, for Twigg, it also raises questions around who ultimately owns and manages this information. Indeed, as data becomes liberated from its source, who bears responsibility for its use – or misuse?

Moreover, how can those on the receiving end of this data ensure it is used properly and in the interests of the customer?

“When a customer rings a contact centre agent and they’re looking at their data in an application not owned by the organisation, how do they answer questions on it? How do they support that customer?

“It’s going to be really tricky to see how that works over time and how the industry shifts based upon the normal/natural removal of that one-to-one relationship between institution and customer.”

Yet, while the process and plan are in place, and industry excitedly readies itself for launch, he begged the question: ‘So, what next?’

Mainland Europe and the UK, he noted, have had similar open data launches with so far little discernable change to consumer banking habits.

For Challamel, the success of Open Banking, and indeed the sector’s future reputational standing within the new regime, will hinge on its efforts to educate consumers on what the CDR will mean for them.

“As members of the industry, we clearly have a big role to play in terms of educating and making customers aware of what’s going on and what the opportunity is for them,” he said. “And that’s even more so now that we’re in a post-Covid world and more interested in interacting remotely or from home through digital.”

For Volt co-founder Shaun Lordan, first impressions count. He sees urgent need to push forward with the first wave of open banking, not only as a ‘baptism by fire’ type learning opportunity for the industry, but also a prime opportunity to educate and engender trust with the public.

He views the July launch (which follows the big four’s initial CDR adoption in February) as an opportune time to stamp out misinformation, to explain plainly, and to quickly show customers how they can tangibly benefit from the scheme – lest it is written it off as just another self-interested move by the industry.

“When you ask the average Joe on the street, ‘What is open banking?’, he probably wouldn’t have a clue. So, you need to make sure that you can make it relevant – and the way that you do that is by getting those quick wins out there.

“It’s about publishing and marketing those quick wins to actually show value-adding services off the back of this capability,” he said.

According to Lordon, however, “the notion of reciprocity” that is in-built in Australia’s CDR legislation will prove a considerable advantage for the scheme’s acceptance by the public – an advantage distinctly lacking in overseas examples.

“If you are a large data holder and you’re giving up your data, the notion of [customers] being able to obtain data back from those guys will be enshrined in law… [through the] CDR over time,” he said.

Lessons from an open banking pioneer

For Tekchandani the success of any consumer data-sharing regime, and indeed supporting infrastructure, is predicated on being able to answer three key questions: Why are we are building it? What are we going to build? And finally, how are we going to build it? While debate remains over the best approach for developing a data-sharing regime – whether led by regulators or industry – for Tekchandani there is no question.

“The chances of success are higher when it is driven by the banks and when it becomes a banking strategy,” he said.

Though he regards regulators as necessary to “kick start” open banking, it is up to banks align their open banking strategy around their core business goals – “your product strategy, your digital strategy, and your partnership strategy”.

“Only aligning with the regulator isn’t going to work,” he said. “Regulators are telling us that this is what we have to build, but, as you know, that may not be useful.

“However, once you get clarity from your banking strategy, that will give you the answer of what you have to build.

Should a bank’s business strategy be focused on deposit products then, he reckons, its open banking use cases and APIs should be developed for the purposes of acquisition.

DBS itself takes a ‘different strokes for different folks’ approach for its global arms.

While banks often get bogged down in developing an array of APIs to plug into innovative third-party services, Tekchandani stressed that a lack of cohesion in service offerings will fail to satisfy customers’ demands.

“You shouldn’t be building APIs,” he said. “You have to build end-use cases.”

On the point of how one develops a CDR-ready bank, he again stressed that it is not simply about rolling out an infinite stream of APIs, but about building out an integrated open banking ecosystem.

For Tekchandani, beyond APIs, successful integration into the open banking system requires a three-pronged approach from participants: first, by deploying a sandbox environment – “one smart enough that it can draw in dynamic data, he said”; secondly, creating integration tools that support third-party APIs and “the operational processes around it”; and, thirdly, establishing governance models to enhance trust in the bank’s data-sharing regime and provide resolution mechanisms and clear oversight of standards.

Tekchandani sees internal cultural change as critical to the successful integration of the data-sharing ecosystem – and banks’ own experience with digital transformation efforts over the last decade provides crucial lessons for the CDR-ready rollout.

“What you experienced with digital transformation is that it cannot be achieved without a digital mindset. And I think it’s important for open banking also,” he said.

Cultural change, he believes, requires not only a decisive and vanguard-led approach, but also company-wide recognition of the benefits of external partnerships.

He thus urges banks to assign a full-time and “dedicated” team to drive CDR implementation across the business.

While he acknowledged consumer banks are well equipped and “trained to serve customers” he said there remains much to learn “from our corporate banking colleagues and the payment companies that we have a B2B relationship with”.

“We have to learn how to work with partners, how to serve our partners. That’s another cultural shift which will come into the picture.”

For Tekchandani, lasting cultural change can only successfully be delivered from the top-down – and delivered across the entire banking ecosystem.

“It’s not only about one department handling open banking; the important thing is any product manager in any department is thinking about any journey or any product,” he said.

“For the last 10 years, we’ve been taught to think about the product aspects and the digital aspect. Now it’s time to think about product, digital, and ecosystem.”

For Judo’s Alex Twigg, this cultural change challenge extends not only to the banking sector but also to its overseers.

Indeed, as partnerships between banks and third parties blossom, and as banks cede more and more management and control of their data and products to their partners, Twigg foresees issues for regulators managing this increasingly disintermediate environment. How does one, indeed, regulate banking products and data that becomes separated from its originators?

“We’re used to product ownership and the regulation of a product. What we’re now going to face in an open data world is, how do you get a product where the experience of that product is not controlled by the product owner?

Underutilisation or misutilisation of staff has also been a longstanding issue for financial services – and one that could detriment banks’ preparedness for the CDR. Volt’s Shaun Lordan fears neglecting on-the-ground staff could further stifle innovation in open banking.

He urges banks “large and small” to “stop sidelining ops and tech staff when it comes to ideas generation”.

“We really need to start tapping into the guys at the forefront,” he said.

“My experiences of being close to the source gives you excellent ideas that should be considered in your in strategy planning, and they should be built into kind of recommendations to the board.”

Lordan further stressed the need for industry to be proactive in “jumping on the bus and educating customers” in order to encourage the wider embrace of open banking.

“Word of mouth is the biggest way for things to go round. Building the story internally is important for your culture.”

Finally, UBank’s Lucas Challamel, further stressed the need for cultural change within the organisation, encouraging staff to regard open banking not as an encumbrance but “an opportunity for growth”.

Notions of open banking driving intense competition and zero-sum outcomes should be dismissed, he said.

“There’s really a huge space for growth in the absolute value of the market and the industry [through open banking].”

“Traditional behaviours” – alluding to cultural ossification at the executive level – needs to be challenged, he added.

“At a strategic level, we need to see a change in the perception of open banking as a growth opportunity for everyone – not necessarily one that is super competitive.

“That, for me, remains the main challenge.”

The Future of Open Data, hosted on 7 May 2020, is part of FST Media’s virtual panel series, covering key areas of concern in technology and innovation affecting financial services today.