Australia “too conservative” in fintech innovation 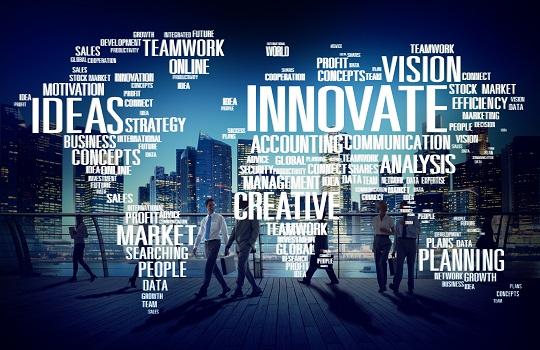 Australia has a culture that is risk-averse and “terrified” of failure, with more work needed to be done for “unlocking the talent in the boardrooms” across the nation, according to Stone and Chalk’s chief executive, Alex Scandurra.

Alex Scandurra, chief executive of Stone and Chalk, has welcomed the Federal Government’s national Innovation and Science agenda as an “excellent down payment” and “first instalment” but cautioned there is still more work to be done to realise Australia’s innovation potential.

Sydney fintech hub Stone and Chalk was recently one of 32 signatories to petition the Turnbull government for a series of policy initiatives to be adopted – including a regulatory overhaul and equity crowdfunding for fintech startups – in order to help nurture innovation locally.

In a background briefing released by Stone and Chalk on Monday, Scandurra tabled together a series of 10 responses to the government’s innovation statement, in addition to commentary surrounding the key points that still needed to be addressed, including a re-think of employee share schemes and a greater focus on fintech.

“The wave of fintech disruption is happening now globally. Financial services is already a key source of competitive advantage in the Asia region,” Scandurra said.

“This agenda lays the foundation for the next 25 years for an ‘ideas boom’. While we welcome the government’s reforms to employee share schemes, we are disappointed that they may not have gone far enough.”

According to Scandurra, Australia is globally regarded as being “too conservative” and possessing a culture that is risk-averse and “terrified” of failure, with more work needed to be done for “unlocking the talent in the boardrooms” of Australia, encouraging their greater participation in fintech investment and in the leadership of startups.

“This partnership recognises that there has been to date an insufficient appetite for this type of risk in Australia, but that is changing,” Turnbull said.

“There is plenty of money available – $2 trillion in superannuation assets – but as we start to see more invested in innovative ventures we will see the fruits of that [investment].”

On insolvency, Scandurra said that the Federal Government’s decision to reduce the default bankruptcy period from one to three years is an “important” step for both entrepreneurs and investors as it will create a “safe harbour” from personal liability for directors, as well as reducing the liabilities of small companies if they are faced with bankruptcy.

“Entrepreneurs are open to taking risks, the nation needs them to take risks…this [decision] is important as many successful entrepreneurs globally rarely achieve success in their first attempt,” Scandurra said.

“We now have the framework to support risk-taking in innovation and entrepreneurship in Australia.”

To view the background briefing and full response from Stone and Chalk to the Federal Government’s innovation statement, please see here.