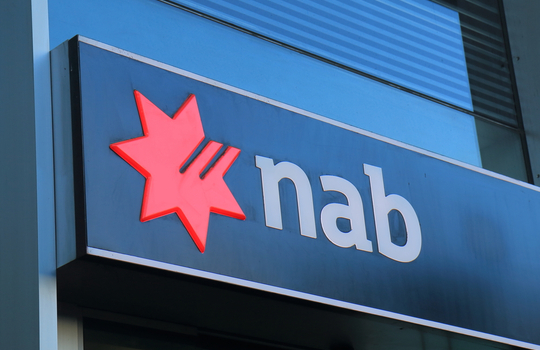 Microsoft has secured a new five-year deal with business banking heavyweight NAB to co-design, develop, and invest in the bank’s new multi-cloud tech stack, with a reported “1,000 apps in a 1,000 days” to be migrated to the new Azure-backed cloud ecosystem.

Part of the bank’s wider ‘cloud-first strategy’, the deal will combine NAB and Microsoft’s collective investment muscle, with the duo sharing “development costs and resourcing investment” to support the multi-cloud infrastructure build.

Upwards of 1,000 apps from across the NAB Group will be migrated to Microsoft’s Azure cloud over the next 1,000 days, both AFR and iTnews have reported, with 70/30 split between apps from NAB’s core business and its Kiwi subsidiary, the Bank of New Zealand (BNZ), respectively.

While Microsoft Azure will provide the backbone “primary cloud” of the new ecosystem, NAB said the multi-cloud set-up would also support apps and workloads hosted on other clouds.

The deal with Microsoft represents a concerted pivot by the bank away from AWS, which until recently dominated NAB’s strategic ambitions for cloud. However, NAB had also flirted with Microsoft’s cloud offering, having built certain machine learning capabilities through Azure during the early stages of its ‘cloud-first’ push.

NAB’s cloud-first strategy, announced in 2018 and led by the then EGM for business enabling technology, Yuri Misnik (who left the business last year), was initially slated for an almost wholly AWS environment. At the time, the cloud giant was designated a “strategic partner” of the bank.

By 2018, the bank had moved significant loads to AWS, including its eFX foreign exchange platform, its Data Hub data lake, and its Discovery Cloud analytics environment. NAB had even considered moving certain core banking functions across to AWS, Misnik said during AWS’s re:Invent conference in 2018.

Initially, more than 100 NAB apps were planned for AWS cloud; Misnik anticipated that upwards a third of the bank’s applications would be running in the cloud by the end of 2020.

NAB’s technology and enterprise operations chief Patrick Wright said the new Azure-first cloud stack would improve the resilience of banking services and reduce development timelines for system changes and improvements “from six weeks to as little as two days”.

“The investment we’ve made in technology to date has built a strong, cloud-first foundation that’s enabled colleagues to execute better and deliver much better experiences for our customers.”

Wright said that more than 800 NAB applications have been moved to public cloud providers since the group announced its cloud-first, multi-cloud strategy in 2018.

Within three years, the proportion of apps on public cloud will move from one third to around 80 per cent, he added.

“The investment we’ve made in technology to date has built a strong, cloud-first foundation that’s enabled colleagues to execute better and deliver much better experiences for our customers,” Wright said.

“We’re thrilled to have Microsoft’s support and investment in this partnership, to further shift the bank to the cloud.”

Microsoft will also train 5,000 NAB and BNZ technologists as part of the NAB Cloud Guild program, “ensuring NAB personnel are equipped with the skills for a successful future”, the bank said in a statement.

In a 2018 blog post, NAB’s infrastructure, cloud and workplace chief Steve Day lauded public cloud as a far better investment for the bank than a localised private cloud set-up, providing “far better security, resilience and performance than through on-premise systems”.

“Adopting this approach enables us to move much faster, to be more agile and more resilient, all without having to make large upfront capital purchases.”

“Rather than sinking resources into keeping the lights in a private cloud environment, we are fully embracing the public cloud – letting the cloud giants do what they do best, while we invest in the future and focus on meeting our customers’ needs.”