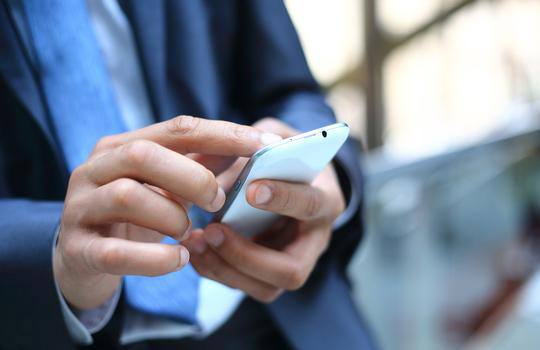 The banking industry’s peak body, the Australian Banking Association (ABA), has urged staff across the sector to make use of the controversial contact tracing app, COVIDSafe, praising the Government’s strategy to lift coronavirus lockdowns and reboot the country’s economy.

In a statement, ABA chief executive, Anna Bligh, said CEOs across the local banking sector had agreed to use the app, setting a fitting example for staff to follow suit.

“Australia’s banks are right behind efforts to open up the economy in the coming weeks, when healthcare authorities say it’s safe to do so,” Bligh said.

“It’s important the community embraces this app as a way of improving the ability of our front line health workers to trace contacts of those who have tested positive to Covid-19.”

The industry’s response to the app has been overwhelmingly positive, with leaders from two of the big four banks releasing statements confirming they will personally download the app – and will urge staff to do the same.

However, there is no hint that any Australian FSI will mandate the use of the Bluetooth-backed contact tracing app.

CBA chief Matt Comyn, whilst stressing the importance of maintaining voluntary adoption of the service, stated unequivocally that he will download the app and will “encourage others to do so”.

“A tracing app will significantly improve what is largely a manual and imprecise process and add to the major success that Australia has had in substantially flattening the curve of infection and limiting the tragic loss of life to one of the lowest levels in the developed world,” he said.

Fellow big four chief, NAB’s Ross McEwan, in a statement said he will “send a note” to his 34,000 staff upon the app’s release – a gentle nudge to his employees to follow his lead in downloading the app.

“It’s been heartening to see that Australia is flattening the curve and if the COVIDSafe app can play its role in improving community safety, helping reopen businesses and regain some of our normal lives then that’s a good thing for all Australians,” McEwan said.

Several prominent security chiefs from within the industry declared they were confident in the app’s privacy controls and security framework, and would not hesitate to download the app.

In a recent LinkedIn post, Lynwen Connick, ANZ Bank’s chief information security officer (CISO), said she is “comfortable [the app] has been through extensive security testing”, stressing it had “very good privacy measures in place.”

“It is much better than many other apps we all use,” she added.

Insurers have also joined the clarion call for the wider financial sector to embrace the app.

Fellow infosec chief, QBE’s Andrew Dell, urged critics to take a rational approach in assessing the app’s capabilities, recognising the strict limits placed on data capture and use – considered, he said, to be significantly more restricted than a typical mobile app.

“I’ve downloaded it and am using it,” he said. “It is not a tracking app: it’s a contact app and I applaud its construction and the very sensible minimum data set it captures.”

Dell added: “This is a key component to getting us back on track and if you’re worried about your privacy, I hope you’ve removed almost every other application on your device because almost all other applications aren’t so thoughtful in what they capture, how they store it, and what they do with it.”

Hisham El-Ansary, chief executive of health insurer Bupa Australia, encouraged widespread use of the app by “employees, customers and residents”.

“These are extraordinary times that require decisive responses. While we respect the right of individuals to make their own choices, Bupa believes there is a significant collective benefit of the COVIDSafe app to the Australian community,” El-Ansary said.

Across the broader corporate sector, Woolworths CISO, Pieter van der Mer joined fellow industry LinkedIn posters, declaring he is “comfortable the app is above board”.

“It only uses Bluetooth to communicate with other phones running the CovidSafe app, no location information.”

Chris Hockings, chief technology officer for cybersecurity at IBM A/NZ, said that cutting the response time to any threat, much as his own line of work, remains critical to securing the wellbeing of all individuals.

“Personally, I’ll install the COVIDSafe App because time may save Australian lives. If I’m notified that (in the past 21 days) I’ve been close to an infected/anonymous person for 15 minutes, this could save my life and that of my friends/family and others. If I get infected, my install could save others.”

So, why the scepticism?

Critics of COVIDSafe have warned that a lack of transparency by the Government during the COVIDSafe’s development phase has served only to raise uncertainty around, precisely, what data will be captured and stored through the app.

AustCyber chief, Michelle Price, while broadly supportive of its overarching goal to limit the spread of Covid-19, has urged the Government to release the app’s source code immediately for independent analysis – offering, it is hoped, a clearer indication of the data being captured by health authorities.

The Government’s choice to store COVIDSafe data within Amazon’s public cloud has also raised questions over who, exactly, will have access to the dataset. AWS remains a curious pick as host service, with an InnovationAus report revealing that data from the app could find itself housed in a foreign-owned data centre, potentially exploitable by hostile state actors.

The Law Council of Australia has also chimed in, releasing an official statement warning of legal ambiguities surrounding the use of contact tracing apps.

Whilst acknowledging the Government’s desire to streamline contact tracing arrangements, it said privacy settings needed to be further clarified.

Australia’s Information Commissioner, Angelene Falk, has backed the Government’s privacy framework for the app, stressing that her office will maintain a close watch over the implementation of the app.

Falk said: “We can audit the system and investigate complaints from the public about privacy issues.”

The OAIC chief said it will also audit legislation being drafted by the Federal Government to protect user privacy and data within the app, in accordance with the Government’s Privacy Impact Statement released upon the app’s launch.

Prime Minister Scott Morrison has likened the app’s use to a civic duty for Australians, akin to buying war bonds. The PM also flagged uptake of the app as key to hastening the removal of social distancing restrictions.