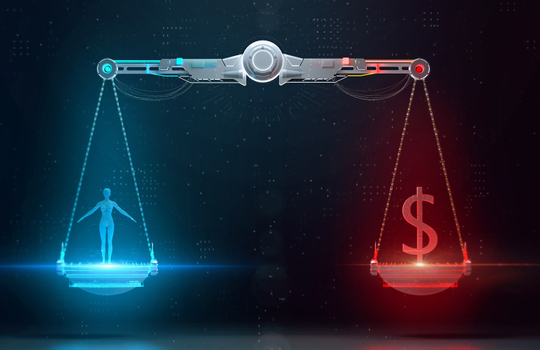 The Australian Banking Association (ABA) has called on industry stakeholders to offer feedback on the next iteration of the Banking Code of Practice, adding several new provisions to address the ethical use of tech and data by banks.

Under proposed new rules, banks may be obligated to commit to the ethical implementation and use of technology.

“[Banks] are increasingly using digital technologies which offer many benefits for consumers but also raise a number of concerns if improperly used,” a passage from the ABA’s ‘Consultation Note’ on the proposed Code amendments read.

The question was posed: “Should the banks commit to the ethical implementation and use of technological developments?”

Consideration was also given to the Consumer Data Right’s (CDR) sharing rules, with the ABA flagging concerns raised by consumer representative bodies over “the safe and secure handling of data, particularly in the context of financial abuse, elder abuse, and domestic violence”.

“Should the banks commit to provide protection for consumers beyond that mandated under the CDR regime[?],” the ABA asked.

The ABA notes that the Code, which is reviewed every three years, “provides a set of enforceable standards that customers, small businesses, and their guarantors can expect from Australian banks”.

ABA chief executive Anna Bligh said the Code “is enforceable at law and used as the standard by which the Australian Financial Complaints Authority considers customer complaints against banks, so getting it right really matters.”

Issues surrounding digital accessibility were also addressed in the proposed amendments, with Covid-19 lockdowns said to have shone a spotlight on gaps in the Code that would assure access to banking services, particularly for vulnerable customers.

While praising the banks’ efforts no less – offering, it said, “a significant level of support to individual and small business customers” during the Covid crisis – the ABA acknowledged that the existing Code may not adequately address banks’ responsibility to vulnerable communities.

“In keeping with a commitment to ‘inclusive and accessible banking’, the banks were required to look after customers, particularly the elderly, without a computer or a smartphone and assist them with the use of digital channels for undertaking transactions,” the Consultation Note read.

“Again, the nature and extent of this support was probably not envisaged when the Code was drafted.”

Submissions for feedback on the Code are due by 6 August, with the final report expected to be released at the end of November.