Banks could lose up to $27bn from “emboldened” disruptors: KPMG 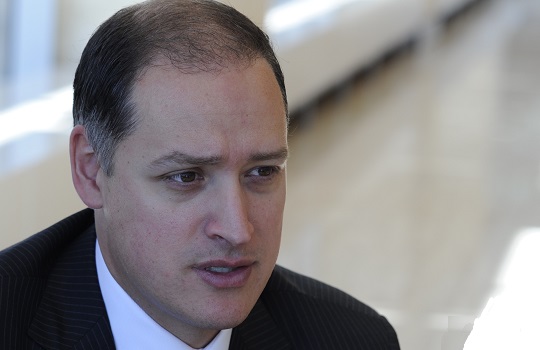 New findings from KPMG show that banks must prioritise balancing shareholder and customer interests to stave off the growing threat posed by “emboldened” disruptors.

A new report released by KMPG Australia has found that banks will need to carefully balance shareholder and customer interests in the future to prevent “emboldened” disruptors from continuing to attack and threaten established business models.

Titled Major Australian Banks Full Year Results 2014-15, the report shows a 5.4 per cent increase enjoyed by ANZ, Commonwealth Bank, National Australia Bank and Westpac in combined earnings, with a total of $30 billion in the 2015 fiscal year. However, the report predicts that with changing customer behaviour and “competitive dynamics”, banks will need to do more to remain competitive.

“We consider that 2015-16 will mark an inflexion point for the industry and expect the operating environment to be far more challenging over the next five years than even the past five years have been,” the report states.

“Demographic changes, the digital [and] mobile revolution and the rise of fintech [will present] both threats and opportunities for major banks [who] will need to intensify their efforts to simplify, standardise and automate their operating models.”

According to the report, between 25 and 30 per cent of current Australian banking industry revenue is at risk of being disrupted by new digital business models – equating to approximately $27 billion – with lending, payments and merchant acquiring identified as the three areas most at risk of digital disruption.

“At the core of [reversing declining returns] will be the digital enablement of distribution channels … banks need to continue redesigning middle-and-back office processes and increase the use of outsourcing,” said Ian Pollari, Head of Banking for KPMG Australia and Global Co-lead of KPMG’s fintech practice.

Pollari added that it was important for banks to consider strategic partnerships with fintech startups, particularly with the emergence of agile competitors like SocietyOne and MoneyPlace in the peer-to-peer (P2P) lending landscape.

“I think the future, in terms of the response [by banks], will be more one of collaboration between banks and these new fintech companies,” Pollari said.

“P2P lending is one [area] where – clearly there will be some [fintechs] looking to compete with banks – but invariably over time, we’ll see greater levels of collaboration between incumbent banks as well as these new P2P lenders in terms of being another mechanism for them to originate loans.”