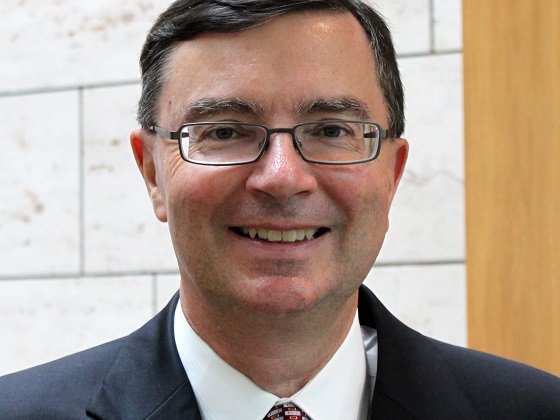 Developments in video conferencing technology and virtual reality could render Asian banks branchless, according to findings in a report released by Standard Chartered Bank.

Focusing on key technology trends and innovations across the world, the report entitled Technology: Reshaping the Global Economy argues the emergence of new digital technology in financial services will fuel a surge of activity in three main areas: mobile, big data and payment protocols.

John Calverley, Head of Economic Research at Standard Chartered Bank, said a key point for consideration is the extent to which new technology will affect branch networks in Asia and whether banks will need as many branches to operate and meet rising customer demands.

“Banks used to build enormous branches to show how impressive they were. It was a secure place for customers to keep their money,” Calverley said.

According to the report, customer demand for real-time access to accounts and mobile transactions are key drivers that could result in a “dramatic reduction” of bank branch networks and an increasing number of virtual banks.

“The question for banks is the cost of maintaining different [digital] transactions,” Calverley said.

“I think that is why banks with bricks and mortar may not survive. We could see them extending their services, particularly in terms of mortgages and investment advice, and there will probably be a reduction in the number of branches.”

Calverley identified one key challenge for banks in Asia remains the need for greater innovation in the face of the growing prevalence of mobile technology and digital transactions.

“We are already seeing mobile technology and transactions of all kinds, with customers using mobile data on their device. Banks have to be able to provide that technology, however it is an extra cost that has to be met,” Calverley said.

“Governments in Singapore, Korea and Taiwan actively promote innovation and have achieved good results. The challenge now is to maintain this lead, which will require a flexible and creative approach,” the report states.

Leveraging big data
According to findings, the effective use of big data by banks and insurance companies is one approach that will help to promote innovation.

Financial services organisations can use these insights to reduce the time required to build up “a financial infrastructure” by acquiring information more quickly about their own customers and potential clients.

Calverley said that banks are considering the best ways for them to harness the potential of data analytics due to the increased competition by digital disruptors and the emergence of new technologies in the financial services space.

“Banks have a lot of data themselves, they also know quite a lot about people,” Calverley said.

Adoption not invention
Advancements in mobile and cloud technology, as well as artificial intelligence are expected to shape the way that customers in Asia bank in the future.

“What is more important for [emerging markets] is the adoption of this technology. Players like Google and Apple have a lot of data and they can use that big data, and there are companies that are expecting that kind of approach [in the near future],” he said.

Findings from the report show the adoption of new technology will have the greatest economic impact, particularly in developed economies and emerging markets.

Calverley noted that new technologies like big data, mobile and cloud acted as an enabler for raising awareness in emerging markets and making it easier for banks to embrace digital transformation.

“For both developed markets and especially for emerging markets the adoption of new technology is more important than new invention,” Calverley said.

“Adoption is a function of usefulness, price and practicality and is often held back by labour and product-market inflexbility, which are more important than ever.”

Robotics and the future of banking
Another key trend illustrated by the report is a push towards the implementation of robotics over the next 10 years.

“Rapid progress in artificial intelligence and robotics heralds the third stage in the digital revolution. Robots [are] likely to be the most visibile of new technologies, as they…gradually become pervasive in the work environment,” the report states.

China alone has over 400 robot makers and 30 industrial parks for robotics, while Bank of Tokyo Mitsubishi UFJ in Japan have unveiled plans to employ NAO robots in its Tokyo branches later this year.