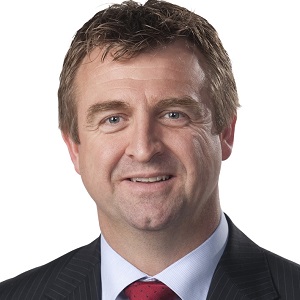 74 per cent of C-suite executives say they need to do more to improve their current anti-fraud procedures in the face of rising cybercrime.

74 per cent of C-suite executives say they need to do more to improve their current anti-fraud procedures in the face of rising cybercrime, according to a global study by Ernst and Young (EY).

“In today’s digital world, there are rapidly expanding opportunities for innovation and growth. Unfortunately, these new opportunities have also brought new fraud risks in the forms of cyber breaches and internal threat,” the report states.

“Companies need to recognise the full spectrum of value that FDA can bring — far beyond fraud detection — and be more aggressive in its implementation.”

According to the report’s findings, Australian executives were among the most likely to report an increase in concern about cyber breach and insider threat risks, with 80 per cent saying their level of concern had either significantly or slightly increased. This was noted to be second only to the UK (at 83 per cent) and well above the global average of 62 per cent.

The report also showed that C-suite respondents were found to be the most likely to cite regulatory pressure as the reason for improving anti-fraud procedures, as regulatory enforcement becomes “more rigorous”.

EY’s fraud investigation and dispute services managing partner for Oceania, Rob Locke, said boards and senior management needed to work together to ensure that FDA is incorporated as a critical aspect of their organisation’s risk management and compliance programs moving forward.

“For all organisations, the threat of cybercrime is an everyday reality, posing a dynamic and relentless challenge,” he said.

Locke said that it was “no surprise” that the majority of respondents were expending more effort on proactively dealing with cybercrime, given the increasing level of pressure that organisations are facing with fraud prevention.

“Given the current regulatory enforcement environment and market reaction to instances of alleged corporate fraud, bribery and cyber breach, having a robust and effective FDA program in place is more important than ever.”