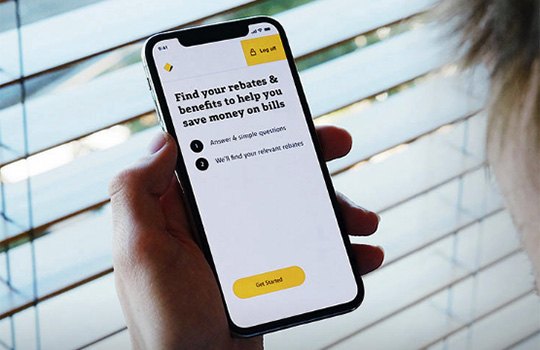 A month on from WHO’s official declaration of a global pandemic, and as corporate shutdowns grind the Australian economy to a halt, customer claims through CommBank’s digital Benefits Finder service have doubled.

The Benefits Finder service, accessible through the bank’s mobile app or via NetBank, provides CBA customers with a streamlined facility to claim welfare support services or unclaimed cash using their existing CommBank credentials.

More than 78,000 customers have lodged a claim through the service over the last month, up from 39,000 claims between February and March (and a commensurate jump on the 10,000 claims averaged per week since the launch of the service in September 2019).

Of the top six claims categories over the last month, unclaimed money was by far the most sought after benefit, duly requested by 34,000 individual customers. This was following distantly by unclaimed super (7,000), an energy saver bonus (6,300), coronavirus and JobSeeker payments (5,900), family tax benefit (2,800), and rent assistance (2,700).

CBA research from September 2019 revealed Australians were losing out on more than $10 billion in unclaimed benefits, rebates, and concession payments each year.

“In addition to the support we are providing directly with our own product and service changes, we are determined to help our customers claim as many benefits and rebates as possible to free up money for essential expenses and reduce their financial stress,” said Angus Sullivan, group executive, retail banking services at CBA.

Upon launch of the service last year, chief analytics officer Andrew McMullan revealed hints of the platform’s backend functions, which takes advantage of CEE’s analytics capability to automatically connect individual customers to rebate programs or benefits to which they have a high probability of being qualified to receive.

The CEE engine has been widely deployed across CBA’s digital and physical touchpoints to generate automatic prompts for customers, including a service that notifies customers to use accumulated credit card points. By 2018, the CCE was already generating more than 20 million ‘conversation starters’ each day.

“Tools like Benefits finder aim to simplify an often-complex process, making it easier for customers to understand what they may be entitled to and reducing the complexity around submitting a claim,” said Sullivan.

The outbound digital welfare functionality was a highlight in the yellow bank’s post-Royal Commission ambitions to evolve into a full-service financial hub for customers.

Commonwealth Bank’s 2019 research findings revealed that more than one in three Australians struggle with money management, while 41 per cent were unprepared to handle a large unexpected expense.