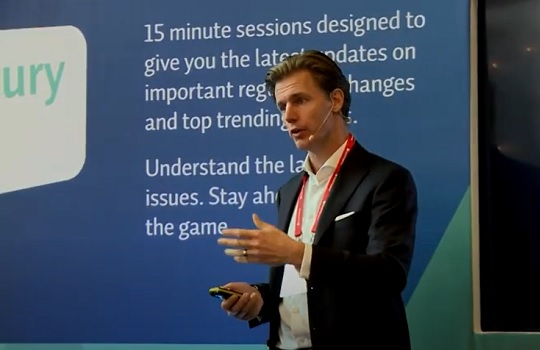 Three months on from the shock announcement of CBA veteran Pete Steel’s departure, Australia’s biggest bank has looked abroad to fill the gaping hole of his loss, appointing Danske Bank’s Fredrik Lindstrom as its next digital chief.

Lindstrom has been poached from the Danish banking giant, which spans much of Northern Europe, where he currently serves as chief information officer.

In his new role, Lindstrom will lead CBA’s increasingly business-critical digital, innovation, and technology functions across its retail arm, including oversight of the bank’s all-important mobile app.

The appointment of Lindstrom becomes the second notable Scandinavian play for CBA this year, with the bank earlier this year announcing a partnership deal and a 5.5 per cent equity stake in Swedish buy-now, pay-later (BNPL) service Klarna, laying out a cool US$300 million for its investment.

Through the partnership, CBA customers can access Klarna via the CommBank app; however, it has also opened the service to customers of rival banks, giving perhaps a small taste of its extended digital offerings.

The loss of Steel was undoubtedly a massive blow to CBA, which made considerable strides in accelerating its digital innovation program across his four-year tenure as CDO.

Of recent note, Steel was instrumental in guiding the development of CBA’s revitalised mobile app (the app’s fourth iteration), launched mid-last year, and an outspoken proponent of the app’s ‘benefits finder’ function, which seamlessly connects users to a range of government welfare services and rebates – a service which, rather fortuitously, launched just prior to the Covid-19 crisis.

At the time of benefit finders’ launch in September 2019, CBA said users could access a pool of up to $10 billion in underclaimed government entitlements.

Steel, who served a total of 16 years at CBA, including a previous stint as CIO, accepted a new role at Boston Consulting Group, a global consultancy.

Lindstrom will commence his new role in August this year.