CBA launches its own BNPL, but no plans to cut the Klarna cord 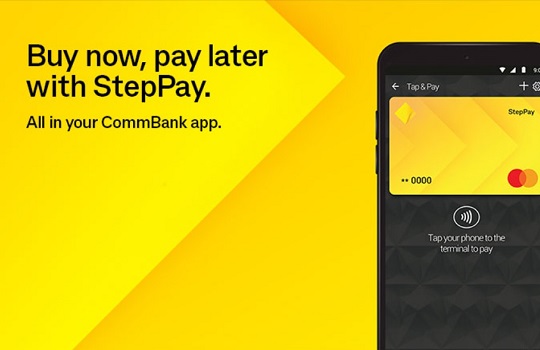 Developed in-house, StepPay will be made available as a dedicated card, accessible via a customer’s digital wallet. No physical card will be given or required for the service.

Eligible CBA customers will be able to use the service “anywhere [CBA Mastercards] are accepted”.

CommBank executive general manager, Marcos Meneguzzi noted that while BNPL services have become increasingly popular, customers are often limited in where they can use them (which can often depend on the particular merchants a BNPL provider has established partnerships with). StepPay, he said, imposes no such limits (CommBank’s BNPL partner, Klarna, also promotes a shop “wherever, whenever” offering).

“We know BNPL is a popular choice among customers, but is hampered by its limited use and availability in only selected retailers and businesses. With StepPay, customers have freedom around where they’d like to shop, offering the same accessibility as our other CBA cards,” Meneguzzi said.

Customers, it was said, would also welcome a fully integrated BNPL service – one that not only allows all finances to be tracked within a single platform, but that is backed by the security and reliability of a major bank.

CBA also cited research from RFi, which showed that 76 per cent of Australians that currently use BNPL services would be interested in using a BNPL offered by their main bank.

StepPay is limited to eligible CBA customers only, with the bank emphasising its responsible lending-by-design approach.

Last year, Australia’s corporate regulator, ASIC, reported that one in five customers of BNPLs had missed payments, with some having to cut back on essentials, including meals, due to the debt they had accumulated.

“Creating a responsible BNPL is at the forefront of StepPay’s design,” Meneguzzi said.

“And while we expect it will have great appeal among customers, it will only be available to eligible customers so we can offer the most responsible option we can”.

CBA said more than 86,000 customers pre-registered to access the service.

Eligible customers will be required to show evidence of regular income or deposits into a CBA transaction account to cover repayment instalments and will be subject to internal and external credit assessments. The service will not be available to customers in arrears or facing financial hardship.

Speaking with FST Media, CBA confirmed through a spokesperson that StepPay will not replace or supplant the bank’s current partnership with Klarna, with both services continuing to be offered through the bank.

Klarna, founded in Sweden in 2005 and today one of the world’s biggest BNPL providers, secured a partnership with the Aussie big four in early 2020 – its first foray into the Australian market. CBA also took a 5.5 per cent stake in the fintech.

Klarna currently charges merchants up to $0.30, plus 5.49 per cent of the purchase price, per transaction.

StepPay is currently limited to transactions valued up to $1,000, with a pay-in-four option offered for transactions higher than $100.