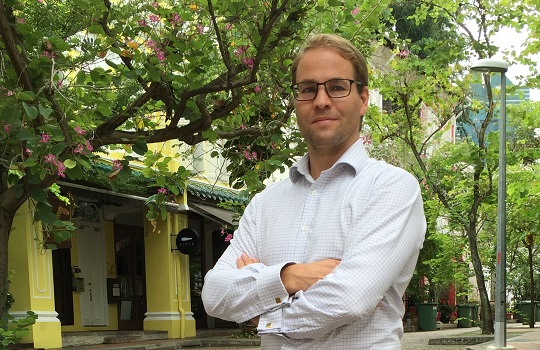 Banks need to provide “sandboxes” for experimenting new ideas to help foster a collaborative and innovative culture, according to The Singapore Fintech Consortium.

Banks need to provide “sandboxes” for experimenting new ideas to help foster a collaborative and innovative culture, according to Gerben Visser, co-founder of The Singapore Fintech Consortium.

According to Visser, traditional financial incumbents need to reconsider their approach to innovation, with many banks still “very much internally focussed” and centred on the risk that could be incurred from adopting new products and services.

“Banks need to provide certain safety zones and have their staff talk about these sandboxes for innovation,” Visser said.

“If you look at the culture of startups now, the speed is quicker and the failure rate has to be higher, however, the acceptance of failure and iteration and constant learning is much quicker.  As a result, the risk spectrum is almost diagonally opposite.”

Visser argued that despite many banks being aware of the need to innovate to keep pace with changing customer demands and preferences, issues surrounding legacy infrastructure still pose serious concerns for financial incumbents in addition to impeding their ability to innovate.

“The advantage that startups have over banks is obviously that they do not have any legacy systems, nor any legacy mentality and they are also not constrained by any capital requirements, compliance or legal ramifications,” he said.

“As a result, the speed of building and developing products and services is much less constrained for startups.”

However, Visser argued that banks could learn much from fintechs and a greater collaboration would be beneficial to both parties.

This would allow the banks to “dip their toes in the water” and overcome an intrinsic fear of failure, Visser said.

“A lot of the challenges around innovation that we see is still [this notion] that there is no sort of collaboration between those large organisations [and fintech startups].  All are still in the fairly early stage in getting to grips with fintech,” he said.

“The awareness that they need to innovate is definitely there, but they are still struggling with a lot of legacy issues.”