Complaints against banks surge, with more than $70m in compensation paid in 2019 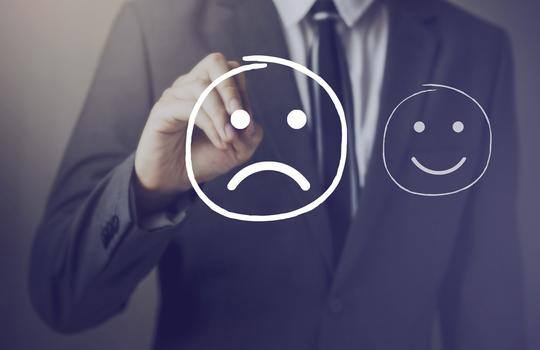 The Australian Financial Complaints Authority (AFCA) has recorded a 13 per cent jump in complaints against local banks in the second half of 2019, with the sector receiving a total of 14,096 complaints between July and December.

Total complaint numbers rose by 1,880 over this half-year period, according to AFCA’s stats, with banks collectively paying out $40.5 million in complaint-related compensation (and more than $70 million across the year).

Much of this rise may be attributable to banks’ and non-bank lenders’ tepid response to customers over mortgage repayment concerns, with home loan-related complaints surging by 20 per cent over the last six months of 2019.

“There has been a dramatic increase in complaints about home loans,” said AFCA Chief Operating Officer Justin Untersteiner.

“This increase has been driven by financial firms failing to respond to requests for assistance, the conversion of loans from interest only to principal and interest, and issues with responsible lending.”

The data, published on AFCA’s Datacube hub, reveals that of the more than 14,000 complaints made against Australian banks, 6,967 were resolved after they were referred back to the institution. However, a nearly identical number (6,930) of complaints were progressed, with 6,398 complaints closed at case management.

The big four, perhaps unsurprisingly given their dominant market share, attracted the vast bulk of complaints within the sector, representing more than two-thirds of all bank-related complaints. CBA was the worst offender of the four, receiving 3,404 complaints against ANZ’s 2,342, NAB’s 2,165, and Westpac’s 1,652.

However, CBA’s referral resolution rates were the highest amongst the big banks at 62.2 per cent – nearly 11 percentage points clear NAB, the next best bank, on 51.6 per cent.

The second most complained about sector, general insurers, received half the number of complaints of the banks (7,114) during the July-December period, paying out a total of $23.9 million in compensation.

Nearly half of these complaints (3,127) were resolved when referred back to the insurer, however, 4,055 were progressed.

Home building cover was the most complained-about insurance product, with 1,450 complaints progressed during this period.

AFCA launched the Datacube last November in an effort to assist consumers and boost transparency across the financial sector in the wake of the Hayne Royal Commission. The Datacube’s recording period for complaints data stretches back to November 2018.

“Every six months, AFCA releases data which allows Australians to see how many complaints their insurer, bank, financial adviser, superannuation fund or other financial firm has received and how they have responded to those complaints,” said Untersteiner.

“Rebuilding trust in the Australian financial services will be a long journey and one that requires effort across the entire sector.”

“Transparency is key in this transformation and we have made significant changes in the way we report our data and decisions to make them more accessible to the public,” Untersteiner added.

A total of 36,562 complaints were received by AFCA across the second half of 2019, with 16,459 resolved and 19,696 progressed. Sectors covered included local banks, general insurers, credit providers, superannuation funds and debt collectors/buyers.