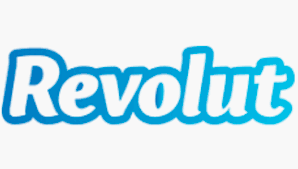 Revolut, the UK-based fintech offering a number of alternative financial transaction services including cryptocurrency exchange and peer-to-peer payments, has made its first foray into the Antipodean market with the soft launch of its beta app in Australia last week.

The fintech, which claims more than four million customers overseas, went live with its beta app last Thursday and is expected to make incremental steps over the coming months to roll out a fully featured platform for Australian customers.

Melbourne has been chosen as the base for Revolut’s local arm, with the company currently operating across Europe as well as the tiny Caribbean island of Bonaire.

Revolut Australia will begin commence services for the first 20,000 people on its waitlist, with further rollouts expected in the coming weeks.

Last year, the fintech was granted a specialised banking licence by the European Central Bank, while the Board of the Bank of Lithuania issued Revolut Payments UAB an electronic money institution licence, required for it to operate in Europe.

Currently limited to an ‘electronic money (e-money) institution’ licence from Europe – and without the Authorised Deposit-taking Institution (ADI) status in Australia – the Revolut remains a digital-only platform, with no brick-and-mortar branches. Customers effectively ‘buy’ the electronic equivalent of coins and notes in e-money form, which can then be used in much the same way as cash or other forms of card payment.

“Breaking down financial barriers and eliminating hefty fees are the reasons Revolut started, and while we don’t intend to rush things here, we’re excited to put power back where it belongs — in the hands of the Australian people,” the company said in its launch statement.