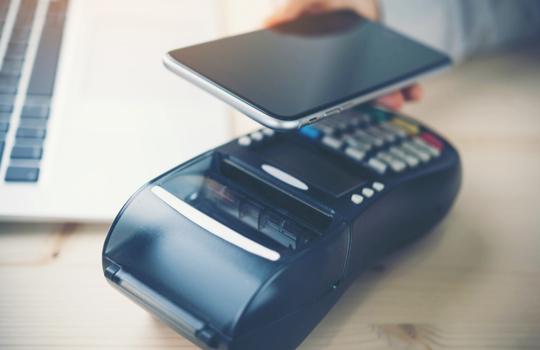 A major review has recommended that the Federal Treasurer be given a new “designation power” to direct Australia’s payments regulators to make rules for payments system operators and participants in an effort to stem anti-competitive conduct by the likes of Apple and Google.

The Farrell report listed 15 recommendations to overhaul Australia’s payments regulatory architecture, which was found to be overly complex and lacking in strategic direction.

Among the more notable recommendations was a call to expand the RBA’s regulatory remit, widening the legal definition of “payments system” in the Payments Systems (Regulation) Act 1998 (PSRA).

This would give the RBA oversight of new payments entrants and business models, such as digital wallet and BNPL service providers.

The RBA noted in a parliamentary submission in May that greater scrutiny was required for ‘bigtechs’, such as Apple and Google, to protect competition and consumer interests as digital wallet usage rises.

Echoing this, Farrell’s report said that current limitations on the scope of RBA’s regulatory remit were found to have created an “uneven playing field” between new entrants and incumbents.

Not only this, but Farrell’s report also noted that the RBA’s designation powers are confined to issues in the “public interest” – that is, financial stability, efficiency and competition – and therefore cannot be exercised based on broader matters of national significance.

To make up for this, Treasury would be given new designation powers in matters of “national interest”, including consumer protections, key payments infrastructure, data-related issues, cybersecurity, AML/CTF, innovation and competition as well as crisis management.

With this new power, Treasury can direct regulators to make rules addressing issues that do not fit within a single regulator’s remit, therefore ensuring “flexibility” to address emerging challenges for Australia’s payments system.

Another key recommendation was for Treasury to play a stronger leadership role by setting out high-level principles, strategy and policy expectations, cutting across the remits of multiple regulators in the payments ecosystem.

Farrell further urged Treasury to develop a “strategic plan” for the ecosystem, a lack of which was said to be negatively impacting investment decisions, leading to industry inertia and continued “reliance on legacy systems”.

To support this task, Farrell recommended that Treasury’s payments function be enhanced with increased resourcing to build out a specialist payments capability.

The review also urged Treasury to appoint a payments industry convenor to co-develop the strategic plan alongside regulators and industry, as well as identify key issues, coordinate responses, and advise government where relevant.

Looking to the UK, Singapore and Canada as examples, the review further called for Australia to take a “functional approach” to payments regulation, facilitated by a list of defined payments functions, as opposed to regulating based on business models.

Other recommendations include a new single, tiered payments licensing framework, in line with the defined list of payments functions, which eliminates the need for applicants to liaise with multiple regulators.

Rather, applicants would apply through ASIC, who would then coordinate on their behalf with other relevant regulators; applicants would, however, still be responsible to the different authorities for other non-licensing obligations.

The new licensing framework should distinguish between the provision of payments facilitation services and the provision of stored-value facilities, providing two tiers of authorisation based on this distinction.

On top of the new framework, the review recommended that common access requirements to payments systems (such as the New Payment Platform) be included as part of the payments license, eliminating the need for non-ADIs to depend on partners for NPP access.

Finally, the review called for the ePayments Code to be mandated for all payments license holders.

The code, which is currently voluntary, should also be modernised (which the ASIC is currently overseeing) and brought into regulation.

“The Government will carefully consider the recommendations and observations made in the review,” Treasurer Josh Frydenberg said in a statement.

Treasury is conducting consultations on the recommendations ahead of the government finalising a response by the end of the year.

The Payments System Review: From System to Ecosystem report can be viewed here.