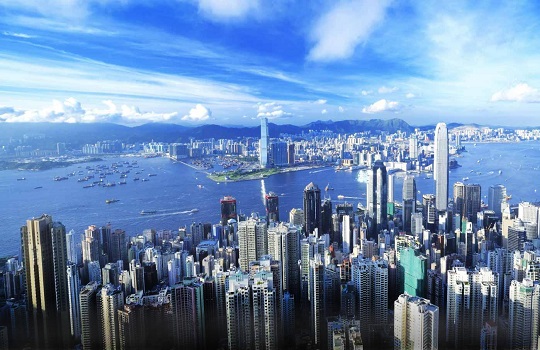 The term ‘unbanked’ conjures all sorts of negative images, but the countless millions of ‘unbanked’ people in the Asia-Pacific region represent a tremendous opportunity for technology companies.

The term ‘unbanked’ conjures all sorts of negative images, but the countless millions of ‘unbanked’ people in the Asia-Pacific region represent a tremendous opportunity for technology companies.

More specifically, let’s make that an opportunity for fintech companies, the sector that is all the rage in Southeast Asia.

During one October week, in Indonesia’s permanently gridlocked capital Jakarta, there were no less than three fintech conferences.

FST Media’s Future of Banking and Financial Services was its third annual talkfest in the city.

It was heartening to see three Australian banks represented. Two of them – the ANZ and Commonwealth Bank of Australia – have major retail plays in what is Southeast Asia’s most populous nation (250 million or so and counting).

Indonesia is also Southeast Asia’s most crowded banking market, with more than 130 companies competing at various levels of the sector, albeit one dominated by four players.

Westpac was represented by Phil Gray, boss of the group’s experimental technology unit known as ‘The Garage’ in a nod to the Hewlett Packard founding myth.

Only 27 per cent of Southeast Asia’s 600 million strong population have bank accounts. In the region’s poorest counties – in Cambodia for example – it is just five per cent.

Commonwealth Bank Indonesia’s executive vice-president – and head of e-channel & digital business – Donny Prasetya estimates that a new market almost as big as Australia (in numbers) with up to 20 million ‘unbanked’, will join the Indonesian banking system over the next five years.

So right now there is clear potential for decades of strong financial growth among the people who presently sit outside the system without even a basic bank account, insurance – let alone retirement funds or investment funds and all the rest.

The immediate and significant opportunity for the ‘unbanked’ is initial basic transactional services like cash withdrawals and money transfers.

The key to success here is – of course – low costs and very high volumes to make these new low-income customers economically viable by using innovative technology.

And the platform must be ultra-user friendly for people who have often never used a computer, and possibly not even a smart phone.

Major telecommunications companies and big banks have plenty on common – massive customer bases who take multiple products from an ever-expanding range of channels to market.

They both also operate the most complex and expensive – and extremely valuable – billing systems on the planet. The big telecommunications and banking players boast global enterprise IT systems that are unlikely ever to be matched.

Unsurprisingly, the scale players in both the telecommunications and banking sectors have both eyed each other’s businesses enviously for decades. Oligarchs sure know a good oligopoly when they see one!

Both sectors see the other as being in potential adjacent territory, and each is neatly positioned by dint of their IT platforms and ever-improving digital customer interfaces.

For now, it’s too late for telecoms in the developed world to get into the banking game, but in the vast green fields of the hardworking ‘unbanked’, it is two telecoms groups rather than a banks, is making the running.

In 2007, international mobile group Vodafone and African group Safaricom launched the mobile service M-PESA (pesa is Swahili for money) in Kenya and Tanzania – two countries that don’t appear much in the Australian technology press.

M-PESA is booming, it been a knockout success that has struck a chord with the newly-banked across Africa – so much so that Asia’s banks and telecoms are now looking to Africa for answers as to how to service the unbanked.

There were no telecoms at the FST Media conference in Jakarta, but you can be sure that regional players such as SingTel, Norway’s Telenor and the quietly expanding China Mobile are actively looking here. Even Telstra has a developing Indonesian business, albeit one aimed at established businesses.

Vodafone picked the fast emerging mobile money trend, and applications and services are proliferating in Asia.

Still, despite accelerating growth, the massive untapped market of Asia’s unbanked means opportunities in this sector are there to be seized by finance-savvy Australian tech companies.

And as noted above, there are already Australian banks in Indonesia – as well as other Asian countries – with huge proportions of unbanked citizens, looking for technology that will help them win customers.

This article was first published on InnovationAus.com and you can see the original story here.