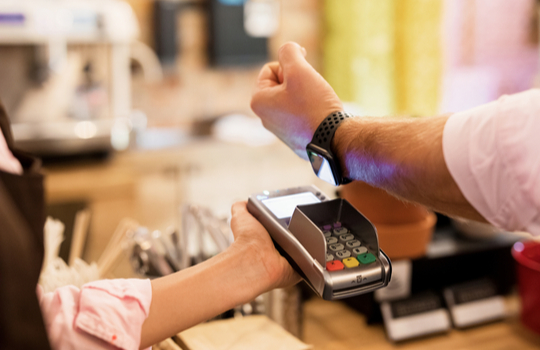 It is crucial that Australian Government policymakers and regulators move to encourage competition between larger mobile payment and digital wallet providers and new market entrants, according to one of Australia’s key accounting bodies, CPA Australia.

In a submission to the Mobile payment and digital wallet financial services inquiry as part of the Government’s Parliamentary Joint Committee on Corporations and Financial Services, CPA Australia nominated the dominant players as being Apple, Amazon, Facebook and Google.

It said the structure of payment systems was changing and that, while this dynamic environment was likely to open new opportunities for innovation, regulatory issues related to competition and consumer protection need to be taken into consideration.

Alipay is an e-wallet app allowing users to save their debit or credit card details to the app and then use their mobile phones to make payments.

“The e-wallet is widely used in Mainland China for a range of transactions (in-store and online payments and receiving and sending international money transfers).”

The submission noted that in Australia and other jurisdictions, the bigtechs Apple, Amazon, Facebook and Google were increasingly incorporating mobile payments and digital wallets functionality into their service offerings, rapidly dominating the local e-wallet market.

“Such payment innovations promise to lower transaction costs for merchants and consumers, make transaction processes more convenient, give merchants access to a larger range of consumers, and conversely, make a broader range of commerce accessible for consumers,” it said, citing recently published findings by the United Nations Conference on Trade and Development.

“However, while those mobile payment offerings have several benefits, we believe it is crucial for policymakers and regulators to encourage competition between larger mobile payment and digital wallet providers and new market entrants,” the submission said.

The CPA Australia submission also referred to its own recent research suggesting that businesses that adopted new payments technology placed themselves at a significant advantage.

“This positive relationship is also observed in other advanced economies such as in Hong Kong, New Zealand and Singapore.

“However, while the percentage of Australian small businesses offering new payment options increased in 2020 from 2019, they continue to lag in comparison to their counterparts in Asia.

“For example, 40.9 per cent of Australian small businesses received more than 10 per cent of their sales through new payment options compared with 90.8 per cent in Mainland China, 82.7 per cent in India and a survey average of 64.2 per cent.”

“The survey results suggest that there is value in small businesses beginning to offer new payment technologies or making it a more prominent part of their business.

“For many Australian small businesses, this may require improving their understanding of such technologies, including how to best apply them. This can be achieved through the receipt of advice from external advisers such as IT consultants or specialists.”

CPA Australia noted that, given the business and economic benefits flowing from the adoption of new payment technologies, the Australian Government should make efforts to “significantly increasing the incentives it offers to small business to seek digital advice and implement such technology”.

“The Australian Government should also continue to encourage the development and deployment of new fintech products and services that improves the payment process.”