Growing momentum for SelfWealth as it braces itself for launch 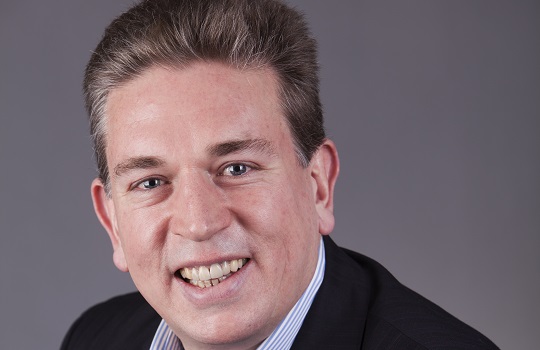 Peer-to-peer investment start-up SelfWealth is preparing to launch two products at the end of this month aimed at addressing “the frustrations” that consumers face in financial advice today.

Peer-to-peer investment start-up SelfWealth is preparing to launch two products at the end of this month aimed at addressing “the frustrations” that consumers face in financial advice today.

Known as SelfWealth INTELLIGENCE and TRADING, the two products are targeted at simplifying stock trading by allowing a larger number of investors to enter the market, take control of their investments and optimise their results.

Since its inception in 2013, SelfWealth confirmed that it has been concentrating on building up its core business, raising a total of $8.5 million in capital in the space of three years and a total of $480 million in funds reported on its platform.

Founder Andrew Ward said that self-directed investors sought a solution for “the broken model” of financial advice today, which needed to be “frictionless” and “seamless”, particularly for first-time investors.

“We’re a peer-to-peer investing group that uses the intelligence of the community to construct portfolios for investors,” Ward said.

“I’ve spoken to a lot of the banks to look at how we can partner and get access to their client base but it tends to get shut down when you hit the senior levels. There [are] several layers of hierarchy and you need to keep clear of disillusionment.”

“Fintech is all about challenging the current norm [and] the end consumer is the number one piece in the puzzle. When you focus on that, [you are] shaking up the high walls of the banking institutions and their million dollar profits.”

SelfWealth INTELLIGENCE will allow members to define their investor profile and objectives, as well as automatically find successful traders with a similar profile. By following the trading activities of other investors, members can refine their strategy to keep ahead of the stock market as well as the general investing public.

Meanwhile, the SelfWealth TRADING tool is geared towards allowing members to buy and sell stock online at a lower cost, without charging any commission or percentage fee.

With both products set to launch on March 29 this month, Ward said instilling a culture of innovation in his team has been key to helping drive growth and momentum.

“I’ve hoped to eradicate the negative parts of [corporate finance] culture and KPIs in my team, something which is always easier to do in a smaller business,” he said.

“My reservation is this: until the heads of the banks’ innovation arms report directly to their CEOs and have no conflicting KPIs around other areas of the business, [innovation] won’t work internally [in banks].”

Ward said that SelfWealth will also have new user interfaces that are slated to be launched in early April.

“We’ll go to the next tier of the SelfWealth journey. We have hired a user experience and interface (UX/UI) designer and developer to improve the front end, usability [and] interface,” Ward said.

“This continues to be improved, with significant third party user testing and external validation from a dedicated UX/UI IT company called Industrie IT.”