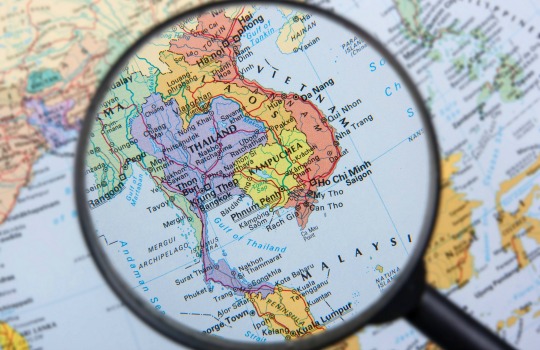 Postgraduate students Kelvin Teo and Reynold Wijaya will graduate from Harvard in seven weeks and are ready to do business with South East Asia’s biggest bank.

Two Masters of Business Administration (MBA) students from Harvard have their eyes set on lucrative collaborations with DBS and other South East Asian banks to fund their start-up, Funding Societies, which connects investors with borrowers from small and medium size businesses.

Banks in Asia are increasingly eager to join with financial technology firms, as revealed in a global survey by PricewaterhouseCoopers, which found 95 per cent of bankers fear their business might be lost to fintech companies.

Students like Teo and Wijaya are able to capitalise on this, along with their family ties to the South East Asian regions.

“SMEs have a lot of potential and helping them will also help the country,” said Wijaya, confirming that while fintech is booming in China, it still lags in South East Asia and notably in his home country Indonesia.

Wijaya and Teo have raised $1.2 million for their venture and pooled an additional $400,000 of their own money. Indonesia-based Alpha JWC Ventures is the primary invested, with the company noting the pair’s diligence and fast work speed as reputable skills.

“The guys are really aggressive and their execution is very quick,” said Ventures managing partner and co-founder Will Ongkowidjaja.

“They are very focused on doing the right thing and having a social impact.”

Funding Societies charge a 3 to 4 per cent origination fee to borrowers and keep 1 per cent of repayments to investors.

Teo and Wijaya are yet to draw a salary and are hoping partnership with DBS may come through, just in time for graduation.