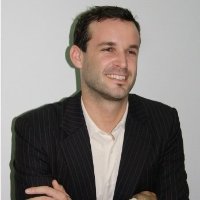 The ‘IT-Banking bandwagon’ threatens to disintermediate the banking sector with the recent launch of products by non-traditional players in this space proving to be disruptive to the traditional banking industry, according to IDC.

Recently, Apple launched Apple Pay, Alibaba has Alipay, and now Samsung is making moves to jump on the bandwagon with a mobile money transfer service, as it prepares to build a mobile banking platform.

According to Thomas Zink, Research Manager at IDC Asia Pacific, this trend should be viewed as a positive for consumers.

“Tech companies identify a customer need that the incumbents failed to address and use this as an entry point adding more functionality around it over time,” he said.

He pointed to Apple Pay and Alipay as good examples of this, but suggested that in many instances disintermediation and co-operation go hand-in-hand, and will be driven by market opportunity.

According to Ken Yong, Senior Vice President, Head of Direct Banking & Cash Management, Alliance Bank in Malaysia, these disruptors should be viewed as “co-opetitors”, suggesting that both sides could cooperate on aspects such as customer engagement but compete on overlapping offerings such as payments.

“Banks can no longer ignore the roles that these market disrupters play in the new market reality. Whilst banks possess strength in the total customer relationship, intimacy to localised markets, and community and value chain engagement, market disruptors offer reach and ubiquity. Hence, banks need to consider market disruptors as part of their approach in addressing the connected customer.”

Zink agreed, and said that co-operation will be a win-win situation for all parties, as tech companies realise that it is very difficult to build a new payments ecosystem from scratch and comes at high cost and high risk of failure. Financial services organisations realise that opening up their systems for third party platform integration gives customers more choice on how to transact saying, “banks can retain the consumer and position themselves as [having the] prime relationship.”

When it comes to roadblocks for disruptors, Zink suggested regulators may soon reconsider their stance on protecting financial services from new entrants, and over time will most likely extend regulation, licenses, and supervision to non-bank players.

“Alipay managed to disintermediate banks from online payments and subsequently Alipay ventured into proximity payments. At this point the regulator stepped in prohibiting the use of barcodes and large banks limited the funding to Alipay accounts,” said Zink.

Cherdchai Veribhak, Head of Digital, Consumer Insurance, AIG Asia Pacific, suggested the benefit new entrants have over banks is the lack of legacy systems, “these challengers have some disruptive power as they stem from new business models and are largely free from rigid or legacy operating structures.“

Meanwhile, Australian bank Westpac has been vocal about disrupting itself, and Maria Ternezis, Chief of Technology Execution and Optimisation, Westpac Group said, “disrupting how we work, where we work from and how we partner both internally and externally, ensures that we come up with the most efficient, effective and proactive ways of doing things.”