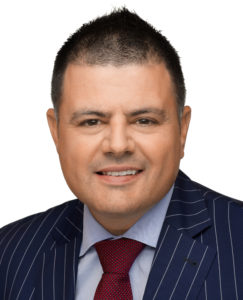 The Kiwibank board has announced the appointment of Steve Jurkovich as chief executive of the New Zealand-based bank, becoming the company’s fourth chief executive since its founding.

Kiwibank board chair Dr Susan Macken said Jurkovich’s appointment will ensure the bank remains “sustainable and competitive… and continues to meet the needs of customers” as their preference for digital services increases.

“Our new [chief executive] has extensive experience right across the banking industry, and what most impressed me is his focus on customers. He has demonstrated a deep understanding of the future of banking and a passion for doing what’s right for customers,” Macken said.

Macken also made reference to the scandal-plagued industry across the Tasman, urging New Zealand banks to stay above the fray.

“If we look at the revelations from Australia’s royal commission into financial services, we see a disappointingly low public perception of financial services there. But on this side of the Tasman, New Zealanders should be pleased we have a higher level of scrutiny on our banking practices, and arguably a healthier industry culture too,” she said.

“Mark Stephen has done a fantastic job. He’s not just held the fort but has provided strong leadership that’s helped our business keep up the pace required to deliver on our customer-led strategy.”