‘Lucky’ by design: how Australia can lead with fintech innovation 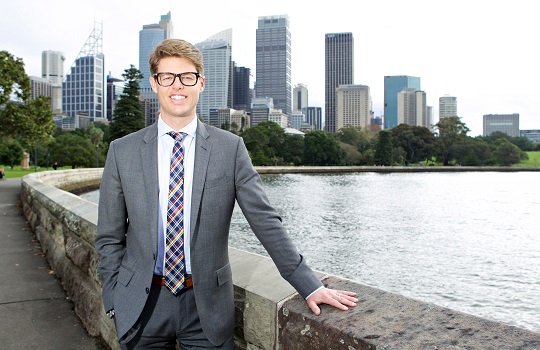 A new policy paper submission to the Turnbull government has addressed the regional divide and regulatory challenges facing Australia in its quest for fintech legitimacy.

An Australian policy paper has been tabled by 32 fintech startup investors and incubators across the country in an effort to lobby the Turnbull government for national reform to cement Australia as a regional hub for fintech innovation.

Advocating for the establishment of an “agile regulatory environment”, the submission – titled  Making Australia lucky by design through fintech – outlines a series of challenges that Australia faces as it braces itself to mobilise capital investment and equity crowdfunding for fintech startups, adopt a series of policy initiatives, as well as the need for a regulatory overhaul to help foster innovation locally.

Sharesight chief executive officer, Doug Morris, noted that creating access to capital should be seen as “one of the most important” priorities for the Australian federal government to encourage the development of the local fintech industry.

“On one hand, you are going to attract global investors by creating a marketplace in a country with an excellent capital markets history, but on the other you could open the marketplace to the superannuation industry,” he said.

“To compete long-term, the Government ought to carve out a special visa category for software developers.”

SelfWealth’s managing director, Andrew Ward, said ASIC had the greatest potential to “lead the charge” on innovation in Australia and ensure that new entrants have a streamlined process for receiving governmental grants and licenses.

“Regulatory burden is a barrier in fintech, so the governing body supporting the sector is paramount and Australia could lead the way by prioritising this,” Ward said.

“A regulatory sandbox in Australia will allow greater clarity, better education and act as a lure for new players to set themselves up.”

With ASIC’s Digital Finance Advisory Committee and Innovation Hub being established earlier this year, the committee’s chair Deborah Ralston said that Australia has a “very strong” regulatory consumer protection system, with ASIC working to now ensure it can provide sufficient protection to consumers whilst opening the market to new fintech entrants.

“The concept of creating an interface with the fintech community is an excellent one [however] providing regulation for new business models can be really challenging,” Ralston said.

“Understanding the business model and understanding risk is really important from ASIC’s point of view. Engendering innovation and providing a better outcome to consumers is key and … I think we’re going to see more innovation in a market that is very concentrated.”

By comparing Australia’s fintech policy environment to successful models in the UK, Singapore and America, the report calls for Australia to become “an Asian fintech leader” through a number of initiatives including:

According to Fintech Melbourne’s founder Andrew Lai, the policy paper is an important step for the future of fintech innovation in Australia and will act as a precursor to the development of a national fintech association in the next few months.

“One of the huge reasons why London is recognised as the number one fintech city at the moment is because they’ve just been able to reduce regulation whilst still having protection and [offering] a lot of incentives to startups.”

Having recently launched their National Fintech Census, MoneyPlace chief executive Stuart Stoyan believes there is still great work that needs to be done to see coordination between fintechs and regulatory bodies on a national level and ensure that Australia’s fintech ecosystem can prosper.

“We must clearly define and articulate a single vision for fintech in Australia to strengthen our position and become competitive at a regional and global level. A core part of the national ecosystem is that the participants are able to be coordinated, they’re able to communicate and [can] also support one another,” Stoyan said.

“Finally, there is a very strong focus on innovation from the Prime Minister. [This is] important [because] it’s not so much a question of Melbourne versus Sydney and Adelaide, as it is Australia’s relevance versus Singapore, Israel, Hong Kong [and] Auckland [and] ultimately what we can learn from them.”

You can find a copy of the original submission here which includes a list of all the tabled recommendations together with the fintech signatories, investors and incubators who have commissioned this policy paper.