Millions of Australians switch financial providers, but most remain ‘satisfied’ 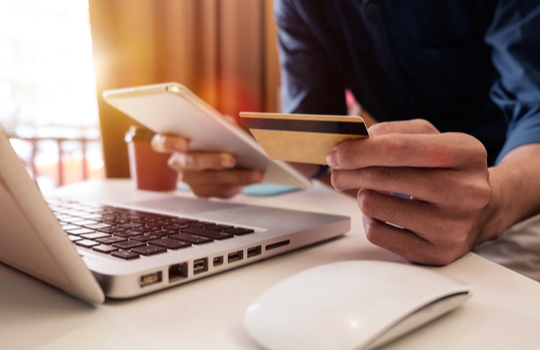 The Choice in banking report, commissioned by the Australian Banking Association (ABA), found an average of one in 10 customers had actively switched their banking provider in 2018 (a trend found in similar markets overseas, including the UK, US and New Zealand), with the highest switching rates recorded for everyday transaction account holders (15 per cent), followed by credit card (10 per cent) and mortgage (5 per cent) holders.

According to the survey, more than four out of five everyday transaction account owners and three-quarters of credit card account holders rated the switching experience as ‘very easy’ or ‘easy’.

Mortgage owners, however, found changing providers more challenging, with just over half (55 per cent) agreeing it was an ‘easy’ experience.

Despite the exodus, however, the report found that a significant majority of customers were content with their current financial provider, with an average of 77 per cent of surveyed customers satisfied with either their everyday transaction, credit card, or mortgage product.

“Almost 60 [per cent] of everyday transaction account holders who have considered other banks did not go on to open an account with another bank because they are comfortable where they are,” the report found.

Price factors were seen as the prime motivation for change, with an average of 79 per cent of those surveyed considering it ‘very important’ or ‘important’ point of differentiation across each of the three surveyed products.

“Across the three products we examined, most people said that price factors were ‘very important’ or ‘important’ – 74 per cent of transaction account owners, 76 per cent of credit card owners and 87 per cent of mortgage holders respectively.”

Curiously, though, a not insignificant one-quarter of these consumers did not rate price-related factors as an important factor for change – with consumers likely to be swayed by the product features, customer service, security, and mobile functionality of a service provider.

Nearly nine out of 10 credit card owners said fraud protection remained a determining consideration for them, whilst four in every five (84 per cent) everyday transaction account holders stressed the importance of customer service – greater than the proportion of those who rated price as ‘important’.

A bank’s digital capabilities were considered an important stay factor for many, with nearly two thirds (65 per cent) stressing the importance of their bank’s mobile app or website functionality. However, the perceived value of these services was split along generational lines, with nearly half (45 per cent) of the surveyed younger cohort (those aged 18 to 24) stating that mobile apps and websites were ‘very important’ to them, compared to just one in five (21 per cent) seniors (aged 65 to 74 years).

In analysing the rising tide of brand-agnostic consumers, the report authors acknowledged the growing suite of tools available to assist customers in assessing financial products, from financial advisers to online comparison sites and reviews.

“Evidence shows that these tools are widely used; for example, more than half of consumers have used online tools or reviews to look at other financial products at least once in the last three years,” the report found.

More than a quarter (27 per cent) of both everyday transaction account owners and credit card owners and 29 per cent of mortgage holders have used online comparison websites or reviews within the last 12 months.

“To make informed choices, consumers should also be able to understand the differences between different products in terms of financial value. Ongoing financial literacy education and the availability of affordable advice is therefore paramount.”

Yet, higher scores for financial literacy were not necessarily associated with higher switching rates, the report’s authors stressed.

For example, the report found similar switching rates between transaction account owners with a perfect score on the ‘big three’ questions (a common financial literacy test) versus those who answered at least one question incorrectly.

“These disparities suggest that consumers with higher financial literacy are not necessarily likelier to switch compared to consumers with lower literacy, at least not for all products (in this case mortgage products). Further, when people do switch for price reasons, we cannot be sure that they are making the best available choice.”

The full report can be accessed here.