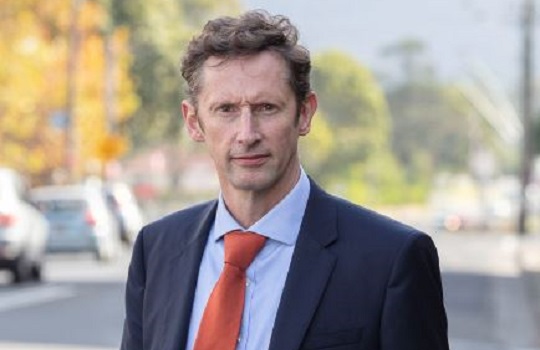 – The incoming Albanese Labor Government has unveiled its new cabinet and outer ministry, with Stephen Jones appointed as Minister for Financial Services and Superannuation and Assistant Treasurer.

Jones was elected as national secretary of the Community and Public Sector Union (CPSU) in 2005, leading the union’s campaign against the Howard Government’s WorkChoices industrial law reforms. More recently, he has advocated pushing ahead with the original timeline of the Your Super Guarantee initiative, moving to prevent a proposed freeze (of 10 per cent) by the Coalition government on employer superannuation contributions.

Jones has also called for the establishment of the Supercharging Superannuation framework – an all-of-government plan to link super funds with projects of national importance, utilising Australia’s $3.4 trillion pool of super savings to advance these projects.

O’Neil is no stranger to a tech-focused portfolio, having served as Shadow Minister for Innovation, Technology and the Future of Work between June 2019 and January 2021.

Andrew Leigh has also been appointed Assistant Minister for Competition, as well as Assistance Minister for Charities and Treasury.

– The country’s peak representative body for the fintech industry, FinTech Australia, has appointed Rehan D’Almeida to lead the group as General Manager.

The move follows the departure of Andrew Porter after just four months at FinTech Aust’s Chief Executive, citing his preference for offering hands-on support to fintechs rather than advocacy.

“Working with the member body of FinTech Australia has been an absolute pleasure, but has made me realise that my passion for the space really lies in building fintechs via investment or direct involvement,” Porter said.

D’Almeida, who currently serves as Head of Strategic Partnerships and Marketing, commenced his tenure at FinTech Australia as a marketing intern five years ago.

“Thanks to his work, FinTech Australia has exponentially grown both its member base and its partnership program, which now boasts over 400 members and 45 corporate partners.”

“I am confident that I am leaving the organisation in great hands and wish Rehan all the best in the role of General Manager.”

Rebello previously served as Head of Digital Security and Fraud Technology for BFS, a role he held for five years.

“I’ve been fortunate to be part of the bank’s digital transformation journey from its early days till now. It has been a fantastic journey since then and I’m excited with what’s coming ahead!”

Townend, who commenced his new role in early May, joins Cover-More from Coal Services in Australia where he served more than four years heading the company’s cybersecurity function.

– Equip Super has appointed Brent Retallick as Head of Transformation and Technology.

Prior to his appointment, Retallick served nearly two years as Equip’s Transformation Director and Head of Enterprise Strategy and Delivery.

Previously, he was Head of Innovation at Spotless Group, Executive General Manager, Insurance and Retirement Services at Superpartners, and Program Director – Decision Automation at mining and resources giant BHP.

Equip Chief Executive Scott Cameron recognised the criticality of the transformation and tech role to the development of the fund, noting that Retallick offers a “strong background of delivering exceptional customer experiences and the ability to drive positive outcomes for organisations”.

Retallick added: “I’m excited to join the executive to help deliver on the fund’s ambition to be a digital-first organisation with increased self-serve capabilities which equips members today for a better retirement.”

Rouse most recently served as Head of Network Security at Steadfast.

Hillery departs after serving two and half years with the Steadfast, working with the group to align and bolster its technology and cybersecurity strategies.

As Portfolio Director, Faulconer will be tasked with “spearheading portfolio growth” at the VC fund, “growing and maturing the x15 portfolio”.

x15 notes it has established strategic relationship with SquarePeg, with the two co-investing in rent-to-own start-up and winner of x15’s Xccelerate20 program, OwnHome, earlier this year. This followed an investment in property management company, :Different, alongside AirTree Ventures, and Antler late last year.

“While at Antler, Laura scaled the portfolio support function as the portfolio size doubled, shepherding one of Australia’s highest velocity early-stage investment vehicles to achieve above benchmark graduation rates, with over 80 per cent of Antler companies securing external funding within one year of initial investment,” x15 said.

Faulconer said she wanted CBA-owned VC “to be a source of advantage for start-ups, helping them to build toward solving real and important problems, scale quickly but safely, and ultimately access CBA’s customer base and distribution networks”.

Founded in 2020, x15ventures is tasked with building “the next generation of solutions” for the bank’s 15 million customers, and “unlocking new value from CommBank’s assets through partnership with the tech and innovation community”.

–  Heritage Bank has announced the appointment of Jan Manigque as its new Head of Internal Audit.

Manigque boasts nearly 20 years’ experience in risk and audit roles in financial services across the Asia Pacific, including most recently as Head of Group Internal Audit for the RACQ Group in Brisbane. Prior to that, she held roles with Bupa and the QBE Group, based in Hong Kong, the Suncorp Group, and Ernst & Young in Australia.

Manigque assumes the Internal Audit role from Ashu Kakar, who has been appointed to the newly created role of Head of Prudential Risk and Assurance at Heritage.

“Kakar’s new role will provide Heritage with an even greater level of focus on delivering its prudential requirements into the future,” the bank said.

Campo joins from Cbus where she oversaw brand, engagement, advocacy, and product.

She replaces Mark Puli who resigned as ESSSuper as Chief Executive late last year to take up a new role with MLC Life Insurance.

David Daley stepped in as interim Chief Executive during this period.

ESSSuper president Joan Fitzpatrick praised Campo’s “deep experience and capability [in leading] the Fund’s strategic and operational goals combined with a demonstrated commitment to long-term value creation and our member-centric and high-performance culture”.

Thow serves as Deputy CEO and Chief Operating Officer at LUCRF Super, a role he has held since 2010.

He will join Cbus in mid-July 2022, replacing Robbie Campo following her appointment as CEO of ESSSuper.

Cbus Chief Executive Justin Arter recognised Thow’s extensive skills and experience in the super industry, noting that he will “continue to strengthen and grow the strong Cbus brand, whilst aligning with our growth strategy, and focus on innovative products and the retirement phase for our members”.

–  The Australian Banking Association (ABA) is seeking a new Head of Future Policy – “a strategic partner with ABA member banks to develop and execute a forward-thinking strategic plan to proactively consider and address key industry priorities, emerging risks and government and industry-led initiatives in relation to the Future strategic pillar”.

This permanent role is based in Sydney, reporting to the Chief of Policy and Strategy.

The Group said both appointments “reflect Heartland’s commitment to digitalisation and ongoing growth across each of its entities”.

“Leanne’s leadership and extensive experience in operations and technology will contribute to advancing Heartland Bank’s digitalisation strategy and commitment to providing best or only products and an exceptional customer experience,” the bank said.

Lazarus, who has notched up more than 30 years in the financial services industry, joins Heartland Bank following her role as CEO and Executive Director of Westpac Life, Westpac New Zealand’s insurance entity.

Flood formally moves into the Deputy Group CEO role from 1 November 2022, providing for a “comprehensive handover” with Lazarus.

Jeff Greenslade continues as CEO of Heartland Group, with responsibility for Heartland’s activity in New Zealand and Australia.

Van Der Wielen will move into a Non-Executive Director role at the insurer after serving five years as CEO.

Van Der Wielen began his tenure with HBF in 2017, working “to revamp the fund’s investment strategy to ensure ultra-competitive premiums and high value for its members, expand into allied health services such as dental and physiotherapy, and grow its presence outside of WA to make HBF a leading national brand”, the company said in a statement.

HBF Chief Transformation Officer Simon Walsh will step in as Interim CEO while an executive search process is undertaken.

–  Regional Australia Bank is seeking a new Head of Technology and Security following the departure of Stewart Brown.

The Head of Technology reports to Chief Information Officer Julie Armstrong, playing a “critical role in developing and enhancing” Regional’s systems, as well as overseeing a variety of other IT functions, according to a LinkedIn post by the bank. Armstrong was appointed to the role last month.

“The [Head of Technology] role is responsible for a range of Information Technology (IT) related functions, including the development, support and maintenance of the hardware and software environment, network and server infrastructure strategy and planning, telecommunication systems, capacity planning and monitoring, testing and evaluating systems and compliance with regulation relating to system security,” the bank added.

The appointee to the position can be based at one of Regional Australia Bank’s head offices located either in Armidale or Port Macquarie.

–  ANZ has appointed Jeff Smith to its board as a Non-Executive Director, effective 1 August 2022.

Smith has been praised by ANZ as “an experienced global business and technology executive having been the Chief Information Officer at several organisations, including IBM, Suncorp, and Telstra”.

He has served as Chief Operating Officer of World Fuel Services Corporation based in Florida, stepping down from the role at the end of 2022. He is a Non-Executive Director of Sonrai Security Inc. and an adviser to the Boards of tech companies Zoom and Box. He was also previously a member of ANZ’s International Technology and Digital Business Advisory Panel until 2019.

Commenting on the appointment ANZ Chair Paul O’Sullivan said: “Jeff’s vast experience with technology and executive management will complement the Board and I am confident he will provide valuable service to both the organisation and to ANZ’s shareholders as we continue through a period of significant transformation.”

–  The Australian and New Zealand Institute of Insurance and Finance (ANZIIF) has appointed CHU Underwriting Agencies CEO Kimberley Jonsson and Allianz Australia Chief Customer and Operations Officer Brendan Dunne to its board.

–  Newcastle Permanent has announced the departure of Director Margie Haseltine after four years in the role.

Jeff Eather, Chair of Newcastle Permanent acknowledged Haseltine’s “tremendous contribution to our organisation, which has benefited from her extensive experience in change management and strategic planning throughout her tenure as Director.”

“It is testament to her character that after stepping into this new post, which required a much larger time commitment, including a period as Executive Chair, she continued on here at Newcastle Permanent to see through some important regulatory milestones related to our proposed merger with Greater Bank, a proposition she has passionately supported from the outset.”